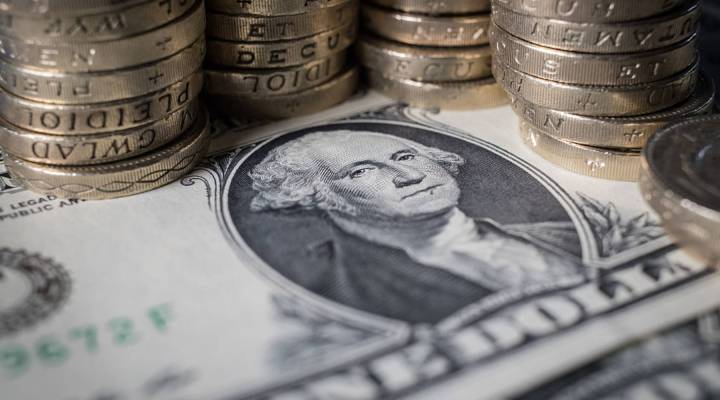 We use a lot of words to talk about problems in the economy: inflation, CPI, GDP, the jobless rate. But LIBOR? That stands for the London Interbank Offered Rate, and it’s one of the most important numbers in the world. In fact, it’s an interest rate that trillions of dollars depend upon each day. During the height of the financial crisis, one London banker decided he could make a lot of money if he just fudged that number. And he did, until he was caught. Marketplace host Kai Ryssdal spoke with David Enrich, a Wall Street Journal editor who wrote about the LIBOR scandal in his book, “The Spider Network.” Below is an edited transcript of their conversation.

Kai Ryssdal: I think, maybe, first things first, is a little make-me-care paragraph here. If I have a credit card or a car loan or a mortgage, why do I need to know about LIBOR?

David Enrich: Because how much money you’re paying each month depends in large part on LIBOR. This is an interest rate that is responsible for basically all other interest rates in the world. A lot of people describe it as the world’s most important number and assumed that it was a reliable number. It’s basically an arbitrary figure pulled out of thin air by a bunch of low-level functionaries at banks. There’s not, at least historically, there is very little thought or effort that was put into setting this number in a precise, realistic way.

Ryssdal: OK, so with that as background, tell me now about the protagonist of this book, Tom Hayes, and why and what he did with LIBOR.

Enrich: Well, protagonist, I would maybe quibble a little bit with the word, because protagonist makes it sound like he’s a good guy. And what he is, is he’s a complicated guy. He is a mildly autistic British mathematician who is in his early 30s when he came of age in the banking industry. And he was someone who is very good with numbers, not very good with humans or social cues. He recognized a way that he and his colleagues and competitors could nudge LIBOR up or down by very small amounts every day to make a lot of money for themselves based on these complicated instruments called derivatives that they trafficked in. Which, for a long time, made him the toast of the industry. I mean, everyone was trying to hire him. Goldman Sachs, CitiGroup, J.P. Morgan, everyone wanted this guy because he was so good at pushing the envelope.

Ryssdal: Yeah. So I mean not to spoil the book, but Tom Hayes does wind up in jail. You wind up corresponding with him. You get extraordinary access to him, and his emails, and texts, and all kinds of things. And you actually say this in the acknowledgment section of the book: “I don’t quite understand why he cooperated with me.”

Enrich: I was working on a profile of him back in 2013, and one day my phone rang in the evening and it was Tom Hayes, who is, I think, really desperate to find someone who would listen to him. But I watched him go from this kind of arrogant, very cocksure trader to sinking into this suicidal depression and making a series of gambles with his legal strategy and with the prosecutors that basically ruined his life and ruined his family’s life. And it was really instructive for me as a financial journalist. You know, everyone goes around banging the drum for more bankers to go to jail, and then I finally get to know a banker who’s about to go to jail, and I, of course, develop some sympathy for him.

Ryssdal: Now that all is said and done, Tom Hayes is in jail. People have lost jobs. All of that. What of LIBOR itself? Is it now more controlled and disciplined?

Enrich: Yeah, it is. There’s been so much regulatory attention on this in the past. The next financial scandal is very unlikely to involve LIBOR. And that’s the interesting thing right now, I think, is that the pendulum swung very hard in the pro-regulation direction after the financial crisis. It seemed that people had really learned the lesson. And now in the early days of the Trump administration, and we’re seeing that pendulum swinging just in the absolute polar opposite direction very quickly.