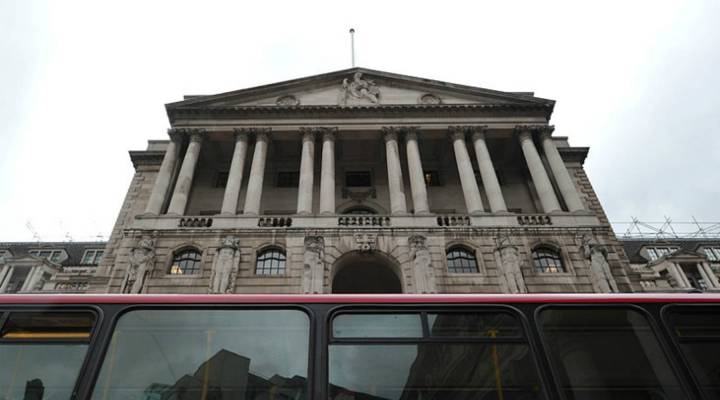 Our partners at the BBC have uncovered a secret recording that implicates the Bank of England in Libor rigging.

Libor, also known as the London Interbank Offered Rate, is the major benchmark that helps determine consumer interest rates around the world.

The recording adds to a body of evidence that the Bank of England pressured banks to push their Libor rates lower during the financial crisis.

That recording was obtained by BBC economics correspondent Andy Verity, who joined us to explain Libor rates and the key figures involved in the scandal. Below is an edited transcript.

Kimberly Adams: Andy, remind us first what Libor is.

Andy Verity: Well, some people have called it the world’s most important number, but really it’s the interest rate that really matters. The official rates set by central banks don’t matter so much. It’s the real cost of borrowing money that counts because that’s what influences your mortgage and other loans. And there are millions of mortgages in the U.S. that are linked to Libor. The trouble was, ever since it began in the ’80s, the banks had a built-in conflict of interest because they also had big money staked on Libor going up or down. Now back in 2012, the Barclays boss Bob Diamond was forced to resign, you may remember, after regulators on both sides of the Atlantic fined his bank about 450 million bucks for rigging Libor. And they found the bank submitters, like other banks, had accepted requests from traders or instructions from bosses to shift the rates they put in, up or down, to suit the banks’ commercial interests. And the regulators said that was wrong. Those rates had to be based only on the cost of borrowing cash. And since then, banks have been fined more than $9 billion for letting their commercial interests influence the Libor rates they put in.

Adams: So then what’s the secret recording that you’ve acquired, and what does it tell us?

Verity: Well, at Barclays, the main Libor submitter accused of accepting improper requests from traders was Peter Johnson. Now, he pleaded guilty, serving a four-year prison sentence. But this tape shows that on the 29th of October 2008, the same Peter Johnson got a call from his boss, Mark Dearlove, in which he said there was pressure from the Bank of England to push its Libors lower than Peter Johnson thought they should be. It’s a practice known as lowballing. And you can hear there that he’s been told to lower Libors against his wishes, and against the rules and that the order came from the very top.

Here are excerpts of the recording:

Mark Dearlove to Peter Johnson: “The bottom line is you’re going to absolutely hate this … but we’ve had some very serious pressure from the U.K. government and the Bank of England about pushing our Libors lower.”

Johnson says, “OK. So I’ll push them below a realistic level of where I think I can get money?”

Dearlove replies, “Absolutely. The fact of the matter is that we’ve got the Bank of England, all sorts of people involved in the whole thing… I am as reluctant as you are… these guys have just turned around and said just do it.”