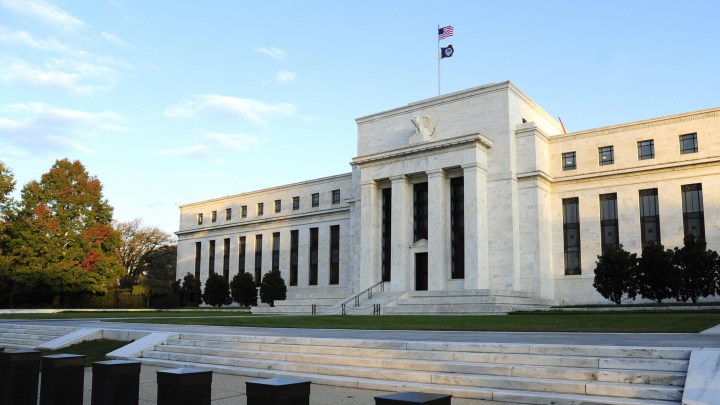 COPY
The Federal Reserve is doing its part to help support businesses with a pile of money to lend to small- and medium-sized operations. Karen Bleier/AFP via Getty Images
COVID-19

The Federal Reserve is doing its part to help support businesses with a pile of money to lend to small- and medium-sized operations. Karen Bleier/AFP via Getty Images
Listen Now

In this COVID-19 emergency, the Federal Reserve has a pile of money to lend to small- and medium-sized businesses. Yet, the loans in this new Main Street Lending Program, initially at least, did not go flying off the shelves. The program supports lending to businesses and nonprofit organizations that were in sound financial condition before the onset of the COVID-19 pandemic, but have since been impacted.

Eric Rosengren, the president of the Federal Reserve Bank of Boston, is working on this. He spoke with “Marketplace Morning Report” host David Brancaccio, and the following is an edited transcript of their conversation.

David Brancaccio: Early in the pandemic, there was a sense that we can lock down to help public health or we can stay open — in some cases reopen — to help the economy. Public health or the economy, we’ve got to choose. Here we are [in] mid-August. Is that how you see it?

Eric Rosengren: That’s not how I see it. I think that was a false trade-off, to be honest. You can see now in Europe, where they had a much stiffer lockdown, and where they delayed the opening, that they’re now in a position where the economy is, in many respects, doing better than the United States’. And the reason for that is, one of the things holding back the economy were the forced shutdowns, but the other thing was just personal behavior — people didn’t want to take personal risk by going to a store or restaurant or a hotel. So once people get more comfortable [with the idea] that the pandemic is under control, they start spending again. We see that pattern comparing Europe to the United States. We also see that pattern when we look across states. So, New England, which shut down quite significantly earlier in March and April, is now recovering much better than the rest of the country. And those parts of the country that opened up earlier are now seeing much less spending and much less mobility.

Brancaccio: There is that dynamic, but there’s also the dynamic of the work that the Federal Reserve is doing to make money more available to keep the economy moving forward. And there’s also the other thing, fiscal policy. And we’re talking at a moment where fiscal policy seems to have, I guess I should say, stalled.

Rosengren: Yeah, so I agree. And that’s very unfortunate, because as you’re aware, many of the programs stopped at the end of July. So that includes some of the unemployment benefits. It includes the checks, it includes small business funding through the PPP. So the economy still has 10% unemployment. We’re still in a position where we could use significant fiscal policy until the pandemic’s under control.

Brancaccio: I wanted to ask you about the Fed’s Main Street Lending Program, which you administer to small- to medium-sized businesses that were not struggling before the pandemic. They could get, what should be, easy loans, easy money. You’ve had some takers, but they’re not really beating down the door to get the dough on offer. I mean, should I call the program a bust?

Rosengren: No, I don’t think so at all. This is a lending program. So it’s different than the PPP where, in effect, they were grants. So you would expect it would take longer for loans to be negotiated with banks, and that’s exactly what we’re seeing. So we opened in the first week of July. We had very little business in the first two weeks, but we’re now seeing fairly substantial number of loans coming in. So we have over $400 million in loans that have been committed or settled, and we have almost $900 million in loans that are in our portal. So we are seeing significant increase in interest both by borrowers, I’d say most of the business to date has come from smaller and mid-sized banks. We haven’t seen nearly as much activity from the large banks. But I think because loan contracts take a long time to negotiate, you have to expect this is going to take much longer than, for example, some of the facilities run by the New York Fed where you go out and purchase securities in markets, which can be done very quickly and efficiently. Because the loans are bespoke, which means that they’re very particular to the borrower and the lender, it just takes more time. Think of it in terms of your mortgage. It’s a very standard product, but you don’t close your mortgage right away. It takes six to eight weeks before you can close your mortgage. And these are much more complicated loan agreements than a mortgage.

Brancaccio: Now the interest rates, I mean, they’re tied to LIBOR, if I understand them right. They’re running around 3.5% right now, which is cheap. But you think maybe the terms of these things are a little too strict? That might be chasing some would be takers away?

Rosengren: So, the program’s really designed for borrowers that were exactly as you described. They had a good business in February, they were hit badly by the pandemic and they’re likely to have a good business as soon as the pandemic is over. So those are loans that banks may not be willing to make right now because of the uncertainty in the economy. And so for those kind of borrowers, LIBOR plus 300 basis points is actually a very good rate. If you’re a borrower that happens to be in a business where you actually have benefited from the pandemic, think of it as selling maybe personal protection equipment, that business is flourishing. That business would not have any trouble getting financing from their bank, probably with terms that are less expensive than ours.

Brancaccio: It’s just hard for businesses, right? I mean, many really need the money but they’re also facing such uncertainty. They want to know that they have a decent chance of paying it back. And with that uncertainty, that’s going to cause some hesitancy.

Rosengren: Yes, it’s definitely a loan. So, the bank is doing the underwriting and what we’re doing is taking a lot of the risk from the bank because we’re holding the loan on our books for 95% of the loan. But it is a loan. You have to be able to pay it back. For many small businesses, they’re not looking for more debt. They’re looking for something more like the PPP program that would take an act of Congress and the president to actually do something. That’s much more of a grant program rather than a loan program. 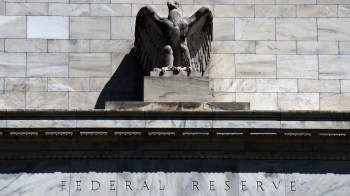