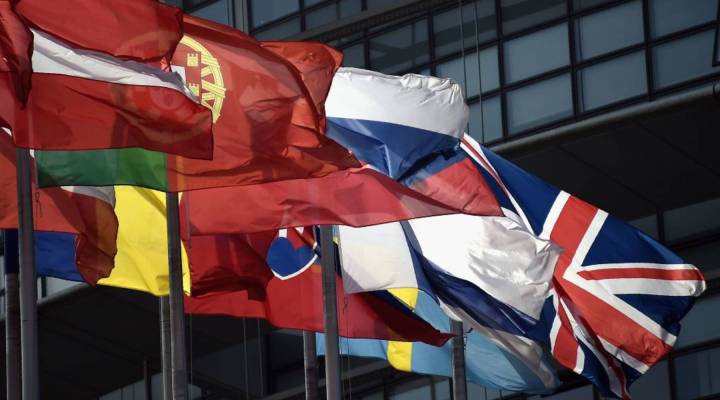 Econ nerds have been watching this space for months and now it’s official: The economies of all 45 countries in the Organization for Economic Cooperation and Development are growing at the same time for the first time since 2007.

Since the U.S. financial crisis wrecked the global economy, the recovery has been uneven and at times nerve-wracking for economists and bankers.

“Even when the U.S. has been doing well, there’s always that lingering risk: Will a European debt crisis derail the U.S. economy?” said Russ Koesterich, portfolio manager of the Global Allocation Fund at BlackRock. “Will a collapse in China affect the price of commodities? Having a global economy that’s a bit more in sync helps to take some of the risk that we’ve all been living with for the last seven or eight year and mitigate it a bit.”

Koesterich added that global growth will exert influence on the direction of interest rates, commodity prices and stock markets. And there’s something in it for the nationalist, protectionist, America first-ers, too.

“A robust global economy is not just good for countries overseas,” Koesterich said. “It’s also better news for anyone in the U.S. that’s selling anything outside this country.”

And, he said, it lifts some of the pressure on the U.S. to be the world’s economic engine as other regions play a bigger role.

“What we saw last year was the eurozone actually did better than the U.S. in terms of year-on-year growth, which is quite remarkable,” said Karthik Sankaran of Eurasia Group. He said the old cliche about the U.S. sneezing and the world catching cold isn’t as true right now.

The dollar is weak, and political turmoil in Europe and Japan is subsiding. Instead, said Koesterich, “you could make the argument that perhaps the greater source of political risk … it’s not Europe, but it’s actually here in the United States.”

With global growth steady, now when the U.S. sneezes, the world might just say “gesundheit” and move on.