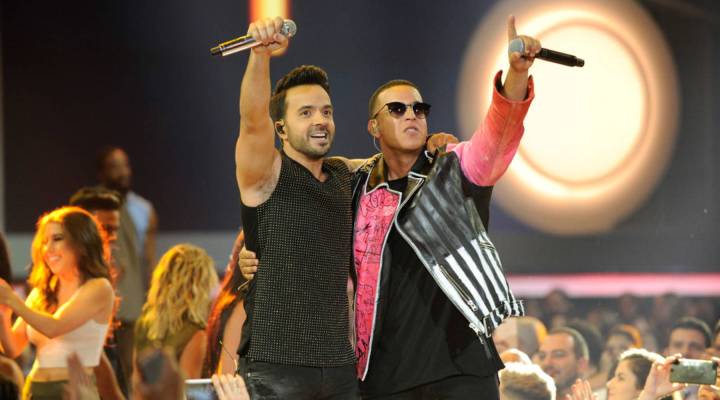 Popular culture can be a major driver of tourism. Just look at “Game of Thrones” — tours of filming locations in Croatia and Northern Ireland have taken off. In New Zealand, the Hobbit Village, where “Lord of the Rings” was shot, is waiting for you.

The question is whether a super popular song can do the same thing for Puerto Rico? The music video for the song in question, “Despacito,” by Puerto Rican recording artists Luis Fonsi and Daddy Yankee, has garnered a record 3.3 billion views on YouTube.

Marketplace host Kai Ryssdal talked to writer Matt Gross about the Puerto Rican tourism economy and “Despacito,” a topic Gross explored for Bloomberg. The following is an edited transcript of their conversation.

Kai Ryssdal: So, what do we know about this omnipresent song and tourism in Puerto Rico?

Matt Gross: It’s obviously an incredibly popular song, but is it popular enough to send people across the waves over to Puerto Rico? That’s a little bit harder to measure.

Ryssdal: What kind of things do people look at? I mean, I’m sure the Puerto Rican tourism bureau has numbers on this.

Gross: Oh well they do, and they don’t. What the Puerto Rican tourism board is really excited about right now is that search queries are up. You look at Hotels.com and Orbitz and Cheap Tickets, Expedia, everybody is searching for Puerto Rico. Numbers are up 45 percent, 17 percent, 24 percent. But, that’s search queries, that’s not the same thing as actually buying a ticket, booking a hotel, going to Puerto Rico, and spending money there.

A man takes a selfie with his friends in the San Juan neighborhood of La Perla, where the video for the song, “Despacito,” was filmed.

Ryssdal: Yeah, you know, it’s interesting, right? I talked about New Zealand and “Lord of the Rings” and “Game of Thrones” and Ireland – those did translate. I wonder how much a song is going to make you want to go to Puerto Rico.

Gross: I think if you’re inclined to go to Puerto Rico already – the fact that there’s this incredibly popular song, with a video filled with incredibly hot people dancing in colorful seaside locations – that’s maybe going to push you over the edge and you’re going to go. But whether it’s gathering up all these new people, who had never heard of Puerto Rico before, and sending them on these trips, that’s a much trickier thing to do.

Ryssdal: Well let me throw a dirty word or two in here that might explain why it won’t translate – and those two words are: Justin Bieber.

Gross: Please, please this is a family radio show.

Ryssdal: That’s right, that’s right. His name is part of the success of this song.

Gross: His embrace of the song and his popularity may very well translate into people going to Puerto Rico. But you’ve got to think, I mean, he’s got an audience of hundreds of millions of people. He says, you know, through the song “go to Puerto Rico,” some infinitesimal percent of those people may actually go to Puerto Rico. It’s a great little rounding error and it’s going to make some money for the island. But is that generating a huge wave of visits there? We don’t know yet. It’s hard to figure out.