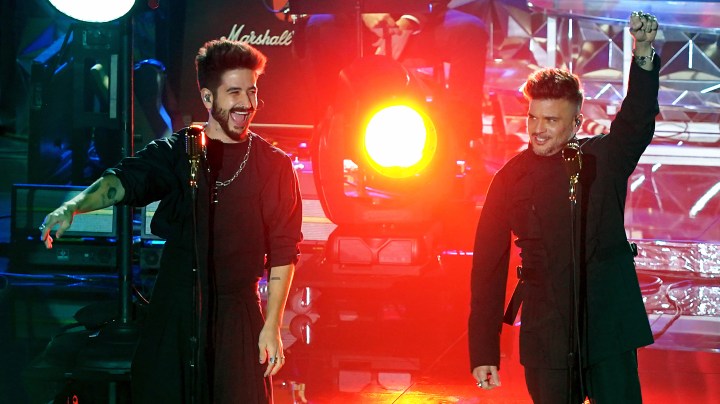 Last year was another banner year for the growth of Latin music’s popularity in the United States. Revenues in that sector were up 19% last year, according to the Recording Industry Association of America, which is significantly higher than music revenue growth overall.

The main reason for the growth in Latin music is streaming, according to Leila Cobo, vice president and Latin industry lead for Billboard and author of the book “Decoding ‘Despacito’: An Oral History of Latin Music.”

“Because prior to streaming, we really couldn’t quantify properly the value of Latin music, and the Latin music consumer, and how much the music was consumed,” Cobo said.

Streaming data shows it’s so popular, Cobo said, it’s hard for the rest of the industry to ignore.

“So, it’s not just that Latins consume a lot of music, which they do — they overconsume music — but also people who are not Latin, who don’t speak Spanish, are also consuming the music,” she said.

The Latin Grammys can also expose new audiences to all kinds of Latin music, said Enrique Gonzalez Müller, who teaches at the Berklee College of Music.

“So, if the entryway drug is the reggaeton beat, then great — but go in and explore Cuban danzón, or Venezuelan joropo, or Colombian vallenato. It’s just super, super, super vast,” he said.

That vastness is part of why the Latin Grammys have their own show airing Nov. 18 on Univision and TNT.