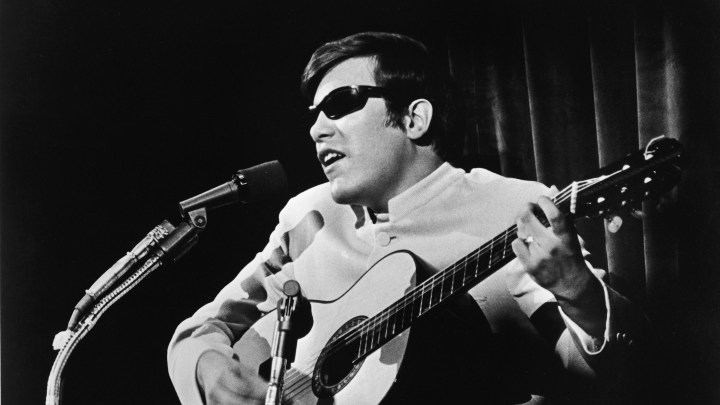 If you take a look at the Billboard Hot 100, the No. 1 song in the country was written over 20 years ago. It’s “All I Want For Christmas Is You” by Mariah Carey.

In the top 10 are several other Christmas songs and covers. But despite Latin music’s growing strength in the industry, there’s still only one Latin Christmas classic in the U.S.

It’s not easy, getting a Christmas hit. For those lucky few, “you will receive not only any sales, and not only streams from streaming services, but you’ll also receive performance royalties from all the stores that play your music,” said Joe Bennett, who teaches artist development at the Berklee College of Music.

Bennett has analyzed Christmas songs, and he found that there are actual markers — the most successful ones have certain themes.

“Home, being in love, lost love, being lonely and dumped at Christmas,” Bennett said.

He said “All I Want For Christmas Is You” is the perfect combination of 1950s nostalgia, love and yearning. By one estimate, Mariah Carey has earned more than $60 million on the song.

But only one Spanish-language song has cracked the lucrative Christmas charts: José Feliciano’s “Feliz Navidad,” released in 1970.

Now, a lot has happened since then. There was the “Latin explosion” of the ’90s in American music. Latinx people are now the second-largest racial or ethnic group in America.

Why have there been no other Latin Christmas standards, songs we remember for decades?

Leila Cobo is Billboard’s executive editor for Latin content and programming. Her upcoming book “Decoding ‘Despacito'” spends some time on Feliciano’s legacy. She says there could be a cultural reason.

Last month, Puerto Rican rapper Bad Bunny had the first all-Spanish album to ever reach No. 1 on the Billboard charts. It included the Christmas song “Cantares De Navidad.” It’s not his own song, though. It’s by Trio Vegabajeño, first recorded in the ’50s.