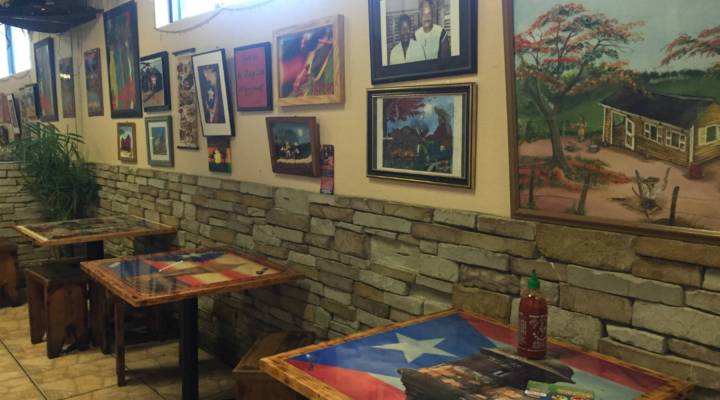 It’s been more than a year since Puerto Rico first defaulted on its debt obligations. The federal government has appointed an oversight board that has to approve any restructuring. But it’s not just an economics problem on the island. Many are calling it a humanitarian crisis. And people are migrating. Many settle in Central Florida.

It’s gotten to the point where people have taken to calling Kissimmee – a town about 20 miles south of Orlando – “Little Puerto Rico.” It’s like today’s version of those pockets in New York City in the 1970s and ’80s. Kevin Kurtishi grew up in Central Florida and his mother is Puerto Rican.

“Puerto Ricans, I think, are simple people, and I think they just move to places that are cheaper and easier to find work,” he said. “And I think people move to Florida because  Florida has no state tax, it’s warmer, and they’re closer to home.”

The Puerto Rican government officially recognized Kissimmee as a hub of the migration. The Puerto Rican Federal Affairs Administration – an unofficial embassy – has only two regional offices outside of Washington. One is in New York and the other is in Kissimmee.

Pablo Caceres, director of the Kissimmee office, said Central Florida is an extension of Puerto Rico.

“Kissimmee is the 79th municipality in Puerto Rico,” he said. “Puerto Rico has 78, and Kissimmee is 79, because the majority of the people here, I’d say 95 percent, speak Spanish.”

That can be a disadvantage for some looking for skilled jobs. Some doctors and architects end up working in the service industry because they don’t speak fluent English. But Caceres said the migration also brings opportunities, specifically for teachers.

“Obviously, the rising Puerto Rican population here means we need teachers who speak Spanish and English in order to transition,” he said.

Jose Rivera, an engineer, moved to Central Florida in 1994 and works as an office manager at his wife’s cardiology practice.

“The migration has always been there,” he said. “What I’ve noticed is by the numbers now, it’s more noticeable because now you have more professionals.”

That’s led to a shortage of skilled workers on the island. People call it the “brain drain.”

But most Puerto Ricans who move to Florida see it as a temporary thing. They want to go back when things get better.

Rivera said it’s because Puerto Rico is home, and migrating from the island is different from moving from another state on the mainland.

“Just the fact that you have to abandon where you live and go to an unknown place, that’s hard enough,” he said.

And then, migrants have to get a job, find a place to stay and figure out a way to assimilate to the culture on the mainland.

The Puerto Rican community in Central Florida makes the assimilation for some a little bit easier.

An American Migration: Puerto Ricans in Central Florida
Tags in this Story
Share this Story