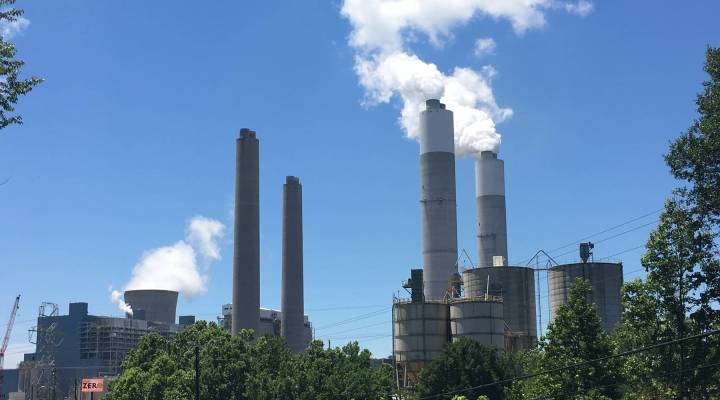 If you’re driving around West Jefferson. Ala. looking for a place to eat, you won’t find much. The Alabama Rose, a restaurant that pops up on a phone search, actually burned down a few years ago. But it’s still where 78-year-old Arthur Graves lives.

Three decades ago, Graves bought the restaurant and the house next door on his salary from Alabama Power, which owns the Miller power plant. The plant is three miles away from his home, across the Warrior River. He retired as a boiler operator making $20 an hour. It was a good way to make a living, he said, and in West Jefferson, “it was the only option, really. Unless you wanted to fish and hunt for a living,” he said.

The Miller power plant is the biggest greenhouse gas emitter in the U.S., according to a report by the Center for Public Integrity, based on 2015 U.S. Environmental Protection Agency (EPA) data (the most recent available).  The Center for Public Integrity recently analyzed EPA data that showed that the Miller power plant  produces 19 million metric tons of greenhouse emissions a year. That’s based on information the company filed with the EPA.

But in this small town, where the plant plays an outsized role in the small town’s economy, many residents near the plant, like Graves, don’t seem concerned.

Graves’ son and nephew went on to work for the power plant. And he still depends on it for his income. “I’ll draw a pension from the power company and my relatives and I, a lot of us depend, we would not want to see the power company in trouble,” he said.

Jamie Smith Hopkins, a reporter with the Center for Public Integrity, said people care about things that affect their jobs or their health now – not the long-term consequences of carbon emissions. “It’s not something that you can necessarily see in the same way that you can see the economic impact, which is really important on a day to day basis,” she said.

“At plant Miller we’ve made close to $1.4 billion in investments related to meeting environmental regulations,” Michael Sznajderman, a spokesman for Alabama Power said.

Those regulations cover air pollutants like sulfur dioxide and mercury, which the plant has reduced significantly over the past decade. But in March, President Trump signed an executive order reversing the Obama administration’s Clean Power Plan, which aimed to cut greenhouse gas emissions from coal-fired power plants.

“And one thing you don’t want to do,” Sznajderman said, “is spend tens of millions or hundreds of millions or more trying to essentially meet a target that does not exist.”

Climate change isn’t something that worries residents in West Jefferson. Bobby Beckman owns the West Jefferson convenience store, and his business thrives on plant workers who come in daily to buy food and beer and cigarettes. He also rents furnished units for outside contractors who work at Miller.

“If something does happen to this planet, I won’t be around to see it,” he said.