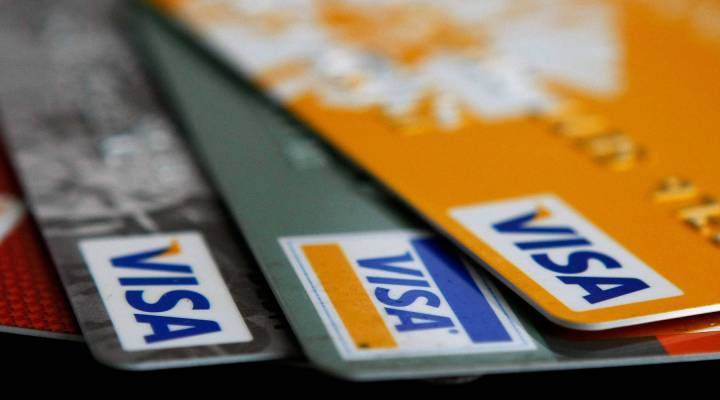 COPY
Millennials of color are less like to own a credit card. Justin Sullivan/Getty Images

Millennials of color are less like to own a credit card. Justin Sullivan/Getty Images
Listen Now

One of the main reasons why millennials — those 18 to 34 years old — hate the term “millennial” is because it is often used to make blanket statements about their generation. Millennials are the largest and most diverse generation of Americans, with about 19 percent of them identifying as Latino or Hispanic, 13 percent as black or African-American and six percent as Asian-American.

African-Americans and Latino millennials are more likely to be economically vulnerable than their white and Asian-American counterparts, according to a new report called “Gen Forward.” The report, which is based on 1,853 interviews, provides full representation of the generation, according to Cathy Cohen, political science professor at the University of Chicago and one of the authors.

Often economic data tends to be divided into people of color and whites, but Cohen suggests grouping millennial whites and Asian-Americans in one category and blacks and Latinos in another.

It’s not that African-American and Latino millennials don’t want credit cards, it’s that white applicants are more likely to be approved, she said. And while not having a credit card can be a good way to not spend the money you don’t have, it also means not building a credit history.

“Without credit, you don’t build a record of credit management, and therefore when you are ready to do something like buy a house, it becomes more difficult to secure a loan, especially a loan with a decent interest rate,” Cohen pointed out.

Even when African-American and Latino millennials have credit cards, they are less likely to pay them off on time.

“They are incurring interest and eventually debt, which puts them further behind in terms of economic achievement,” she added.

With limited access to credit, African-Americans and Latinos are more likely to be using less efficient and more costly financial services, such as payday loans. Such loans tend to come with high interest rates and are often described as discriminatory. One of the reasons that millennials of color are more likely to use these services is because communities of color are “banking deserts.”

“In African-American and Latino communities, you are less likely to have kind of the traditional banking establishments,” Cohen said. “Instead what we find are more predatory or costly banking opportunities in those communities. And so again, that’s why we see African-American and Latino millennials are more likely to engage in those costly forms of banking.”

Despite being more financially secure, white millennials tend to be more pessimistic about their future. When asked if they are more likely to do better than their parents, white millennials were the least likely group to say yes.

“They believe, in fact, that they are under attack, they are less likely to do better and that they are losing ground,” Cohen said. “I think that might be a part of the reason why a plurality of white millennials voted for Donald Trump.”

To hear the full interview with Cohen on Marketplace Morning Report, click the audio player above.