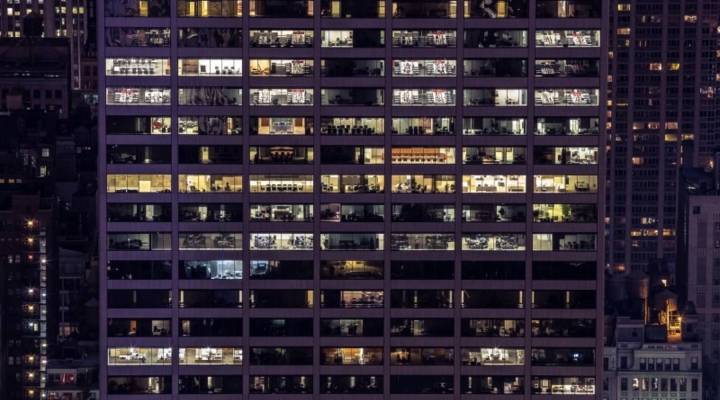 There’s news that Uber has fired its president of business in Asia after allegations he sought the medical records of a woman raped by an Uber driver in India three years ago. This comes just days after Uber terminated 20 people amid twin investigations into the $70 billion company’s aggressive — some say abusive — culture.

Culture is a big part of how tech companies operate, which founder-centric structures can strongly influence.

Marketplace’s Molly Wood joined host David Brancaccio to talk about the importance of workplace environment and how startups are starting to think more about the issue. Below is an edited transcript.

David Brancaccio: So look, there is state law, California law, there is federal law about how you behave yourself in the workplace. How significant really is then culture?

Molly Wood: There is all of that. But even those laws ultimately come down to people. And that’s what culture comes down to. And tech companies in particular get culture that almost always trickles down from a person. These are companies that came out of nowhere and were built from scratch. And to get that venture capital in the first place, very often it is a charismatic cult leader with a really great PowerPoint. And then Travis Kalanick himself at Uber is probably one of the biggest examples of a person who has created a powerful culture, a culture of success, a hard-charging culture and that permeates into hiring. It starts to become the incentives within a company, and you get a culture in which almost all of the decision-making ends up in this one place with this one guy.

Brancaccio: How important do you think culture is to potential investors? Are they going to buy the stock or not? Or are they going to throw in extra venture capital? I mean, they want to see the bottom line. Do they really want to talk culture?

Wood: You know, I think they do, because what everybody has realized — whether it’s in the Valley or elsewhere — is that culture is really, really hard to change. I’m really hearing venture capitalists talk about wanting to build it in from the beginning. And there’s this notion in the tech world of something called design thinking, which is where you design an experience from beginning to end by really trying to imagine how a person will walk through every moment — even from their first day on the job. That is something that startups are trying to apply, starting to apply, increasingly to building a business culture and being really deliberate about that, as deliberate as the business plan.

Brancaccio: All right, but for companies that didn’t do this in the beginning and didn’t design it in, is there any hope for change? I mean, I have shelves full of business books that purport to show you how to change culture. But no one says it’s easy.

Wood: Yep, and I will tell you that when I have talked to people inside Uber,  one of the things that they have said is that they have never seen a company that’s more willing to burn it all down. And now we’re going to go through this really public and really painful series of revelations about the things that have happened internally. And it’s true that if they survive that cleansing fire, they could come out stronger. But we will probably see that it takes some very dramatic measures.