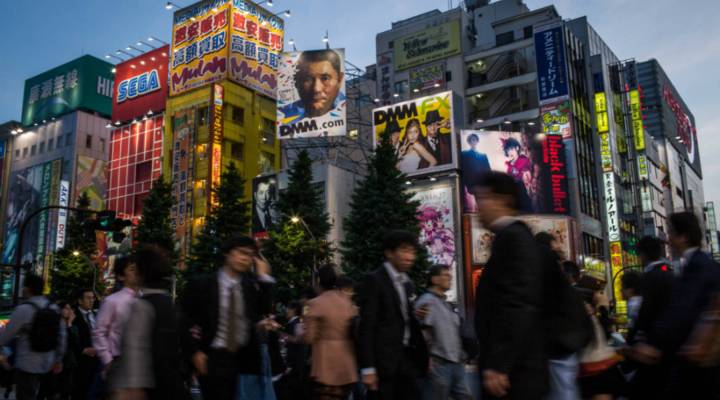 Over the past year, powerful men in the U.S. have faced consequences over claims of sexual harassment in the workplace. But is there change going on in the rest of the world? Women across different national, ethnic and occupational lines are dealing with exploitation on the job.

Karishma Vaswani, the Asia business correspondent for our partner broadcaster the BBC, has been talking to women in a cross-section of Asian countries about what is now a growing global consciousness about the treatment of women at work. She spoke with host David Brancaccio about what she’s discovered about places like garment factories, along with corporate environments. Below is an edited transcript of their conversation.

David Brancaccio: Here in the U.S., among the most vulnerable groups of people, apparently, are people who work in the fast food industry, where many of the workers are not in power. The boss is especially powerful. What are you seeing in places like garment factories? I know you’ve been making some inquiries, for instance, in Cambodia.

Karishma Vaswani: The garment sector is hugely critical for Cambodia’s economy. It’s the third biggest sector in the in the economy. Notwithstanding that, what’s happened as a result of women being the main employees in this sector has been that they have documented incidents of exploitation, of harassment on the factory floor. Sexual harassment is costing the Cambodian economy something like 0.5 percent worth of GDP in 2015, down to things like loss of productivity, people taking time off work, not wanting to go back to the factory where they’re facing these sorts of issues.

Brancaccio: And also you’re seeing this in the more developed, richer economies of Asia, for instance, Japan?

Vaswani: The Japanese case is really quite interesting, because as we know, with the Japanese economy, they’ve been trying to include more women into the workforce as part of Prime Minister Shinzo Abe’s Abenomics program to increase productivity, increase economic growth. The problem with that has been that Japanese culture by and large has kind of seen the women in charge of the home, or in this very subservient role where business is often done over drinks in the evening, and it’s largely a man’s world. They end up plying men with drinks after hours. Now you have a situation where women are entering this very male-dominated world in Japan. It’s very uncomfortable for senior women within the Japanese corporate environment.

Brancaccio: So widespread problems, you and non-governmental organizations and others are documenting, but is there any sense that a period of reckoning is coming to some of these countries on this issue of workplace culture?

Vaswani: I do think there is something that is happening, mainly in the professional environment, in the office space environment. But still for the women out in the paddy fields or in the garment factories or out in the marketplaces, it’s still very much the same thing — that they are in positions of weakness. They are often the main breadwinner for their families and they cannot let go of these jobs even if they wanted to quit.