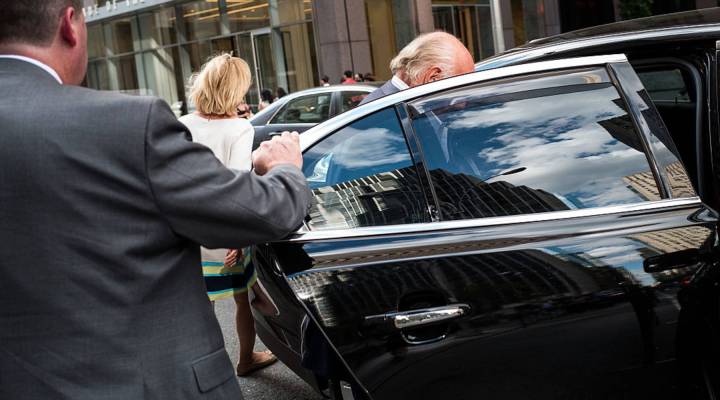 Roger Ailes enters a car outside the News Corp building in July in New York City. Fox will reportedly pay Gretchen Carlson $20 million as part of the settlement after a sexual assault lawsuit against Ailes.   Drew Angerer/Getty Images

Roger Ailes enters a car outside the News Corp building in July in New York City. Fox will reportedly pay Gretchen Carlson $20 million as part of the settlement after a sexual assault lawsuit against Ailes.   Drew Angerer/Getty Images

Carlson filed a lawsuit against Fox in early July, accusing Ailes of sexually harassing her and then firing her for complaining about it. Fox will reportedly pay Carlson $20 million as part of the settlement. Carlson, in turn, won’t sue the company or any other Fox executive in the future, Vanity Fair reported.

Fox issued a statement to multiple news outlets, including the Los Angeles Times, apologizing to Carlson:

21st Century Fox is pleased to announce that it has settled Gretchen Carlson’s lawsuit. During her tenure at Fox News, Gretchen exhibited the highest standards of journalism and professionalism. She developed a loyal audience and was a daily source of information for many Americans. We are proud that she was part of the Fox News team. We sincerely regret and apologize for the fact that Gretchen was not treated with the respect and dignity that she and all of our colleagues deserve.

I am gratified that 21st Century Fox took decisive action after I filed my complaint. I’m ready to move on to the next chapter of my life in which I will redouble my efforts to empower women in the workplace. I want to thank all the brave women who came forward to tell their own stories and the many people across the country who embraced and supported me in their #StandWithGretchen. All women deserve a dignified and respectful workplace in which talent, hard work and loyalty are recognized, revered and rewarded.

The case highlighted the issue of sexual harassment in the workplace, an issue that in recent years has actually spurred a little-known corner of the insurance market. Almost half of large employers buy insurance coverage for claims of discrimination and harassment, contributing to a $2 billion market.