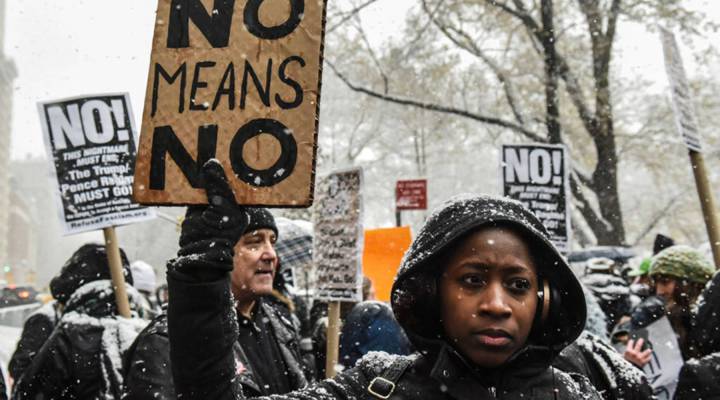 Despite the growing number of women speaking out publicly about sexual harassment in the workplace, a recent survey found that in many cases, employees who were sexually harassed never reported it to management, in fear of being labeled a “troublemaker.”

“Others said it was their word against the other person’s. Or, they’re afraid of losing their job,” said Ladan Nikravan Hayes, a career advisor at CareerBuilder, the company behind the survey.

Companies pay a steep price for tolerating sexual harassment in the workforce. It costs them productivity, they lose valuable employees and it hurts morale. Even investors have started to take note, and have started to treat it as a corporate culture red flag.

The CareerBuilder survey, conducted between Nov. 28 and Dec. 20 among 809 workers across multiple industries, found that more than 1 in 10 workers experienced sexual harassment, with women more likely to experience it than men.

Seventy-two percent of the workers who experienced sexual harassment said they did not report it, with 40 percent saying it’s because they do not want to be seen as a troublemaker.  A majority of the respondents – 60 percent – said the harassment came from peers, while 36 percent pointed to their manager or supervisor.

As the topic continues to dominate the news, companies have been grappling with how to deal with sexual harassment. Traditional sexual harassment training has not been shown to be very effective.

Nikravan Hayes said activists are divided over whether to focus solely on sexual harassment, or gear greater effort toward getting women elected to public office.

The movement may be divided, but there’s still progress, according to Sarah Fleisch Fink, director of workplace policy at the National Partnership for Women and Families.

“I think the important thing right now is we’re having the conversation – that some of these experiences that people have faced, are being surfaced,” she said.

And, the CareerBuilder survey wasn’t all bad news – 76 percent of the workers who did report sexual harassment said the issue was resolved.