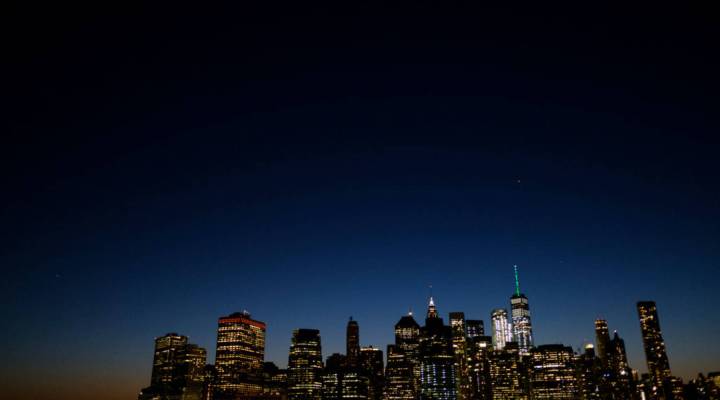 COPY
The One World Trade Center in New York City is illuminated with green light on June 1 at the direction of New York Governor Andrew Cuomo, in response to President Donald Trump's decision to pull the United States out of the Paris climate accord.     Drew Angerer/Getty Images

The One World Trade Center in New York City is illuminated with green light on June 1 at the direction of New York Governor Andrew Cuomo, in response to President Donald Trump's decision to pull the United States out of the Paris climate accord.     Drew Angerer/Getty Images
Listen Now

Earlier this month, the CEOs of 30 companies issued an open letter to President Trump expressing their “strong support” for the U.S. remaining in the Paris Climate Agreement. Some big names signed it, like Dow and Procter & Gamble.

While Trump’s decision to pull the U.S. out of the Paris climate change agreement may significantly change the picture for the official emissions goals of the U.S., it will not mean that industry stops its progress on pursuing a low-carbon future altogether. These companies and many others are moving away from fossil fuels — they have been for years.

But Matthew Nordan, with clean energy developer MNL Partners, said that’s not enough. Businesses aren’t likely to reduce emissions enough on their own to meet the Paris goals of preventing a significant rise in global temperatures.

“I think it’s really hard to envision voluntary business commitment alone getting you anywhere near where you need to be to avoid the disastrous effects of climate change,” Nordan said.

Nordan also said some of the biggest polluters, including power and transportation companies, aren’t entirely on board. Power companies, for one, have to make short term decisions: How much should they invest in renewable energy? Or, should they re-open a coal fired power plant? A decision like that has to please shareholders, Nordan said.

“And it’s made depending on whether they feel they have the wind at their backs,” he said.

So how much does the Paris agreement matter, ultimately? Not much, if you ask Bob Litterman, at the New York investment firm Kepos Capital.

“It was all the countries of the world getting together and saying we recognize we have to move together on this, but it didn’t any binding impact on any individual country,” Litterman said.

Besides, Litterman said, President Trump’s successor can always bring the U.S. back into the Paris Agreement.

Updated, June 2: This story has been updated with Trump’s official decision to pull the U.S. out of the accord.