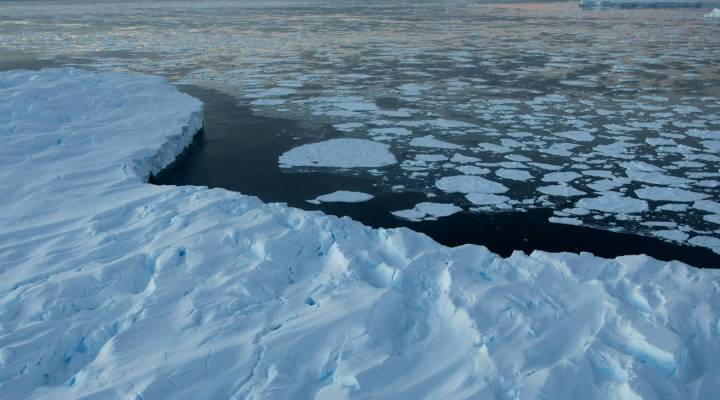 Many U.S. companies, including Levi Strauss, Nike and Starbucks, have signed a letter asking the incoming Trump administration to stick to the Paris Agreement —a deal aimed at fighting climate change.

President-elect Donald Trump has called climate change a hoax, once tweeting that China “created” global warming so that it could make U.S. manufacturing noncompetitive.

These 365 businesses have committed to curbing carbon themselves, according to a statement released in Morocco where climate talks are taking place.

John Sterman, a management professor from MIT who focuses on climate change and sustainability, joined us to talk about the advantages of following through with the Paris Agreement. Sterman is also a member of the Climate Interactive, a nonprofit organization based in D.C. that addresses climate change through simulation models and risk assessments.

On how following the Paris Agreement can decrease uncertainty:

The new administration has created a huge amount of uncertainty and that’s bad for business. So staying the course on the U.S. commitments to reduce emissions, to follow through on our Paris commitment is essential to lower that uncertainty, give businesses the confidence to develop and implement strategies that are going to build advantage, lower risk, and lower their costs.

On automakers that want a change in auto emissions standards:

Many people in those firms understand that they have to switch to clean vehicles that are not dependent on fossils fuels. The far-sighted people in those firms understand that if they don’t do it, some startup that nobody ever heard of 10 years ago, is going to become the General Motors, the Ford, the Toyota or whoever of the future, and we will only remember those legacy auto firms as something to study in history.