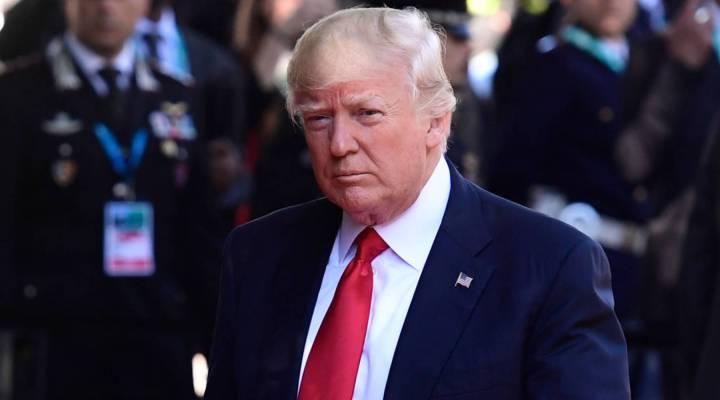 COPY
President Trump doesn't need approval from the Senate to pull the U.S. from the Paris Agreement. MIGUEL MEDINA/AFP/Getty Images

President Trump is expected to withdraw the United States from the Paris Agreement on climate change, which set an international quantitative goal of reducing carbon emissions, according to reports.

The thing about the Paris agreement is that the deal isn’t a treaty under U.S. law and didn’t have to get approval from the Senate.

“This one we deemed to be clearly within the realm of something that could be done as an executive agreement,” said Sue Biniaz, who served as the lead climate lawyer for the State Department under presidents George H.W. Bush, Bill Clinton, George W. Bush and Barack Obama and was a key architect in all major international climate negotiations, including the Paris Agreement.

That means Trump can just take the U.S. out of it with the stroke of a pen. But removal won’t happen immediately. Under the rules of the agreement, a country must stay put for at least the first three years, which would take us to 2019. Biniaz said the message the Trump administration is sending other world leaders could be damaging, though.

“Even though the United States would continue to technically be a party for the next three and a half years before the withdrawal takes effect, I think our influence would definitely decrease because countries would know that we’re not seriously staying engaged,” she said.

Trump used a report from the Heritage Foundation in a speech last month that said if we stay in the agreement, U.S. GDP could shrink by $2.5 trillion over a 10 year period.

But many big names in corporate American culture, like Exxon and Apple, have said they think the U.S. should stay in. What these businesses like about the Paris deal is that it gives them certainty and sets broad goals for reducing carbon emissions.

“It doesn’t specify you need to improve vehicle efficiency, you need to stop burning coal,” said Elliot Diringer with the Center for Climate and Energy Solutions. “It sets these long-term goals which require very significant global reduction in emissions over time and says to countries, ‘OK. Tell us how you’re going to meet that.’”

He said even though the Obama administration established the goal of reducing U.S. emissions by a quarter by 2025, if we pull out, it’s unlikely the Trump administration will attempt to meet it. But, if a new administration comes into office in 2020, the U.S. could immediately rejoin the accord.