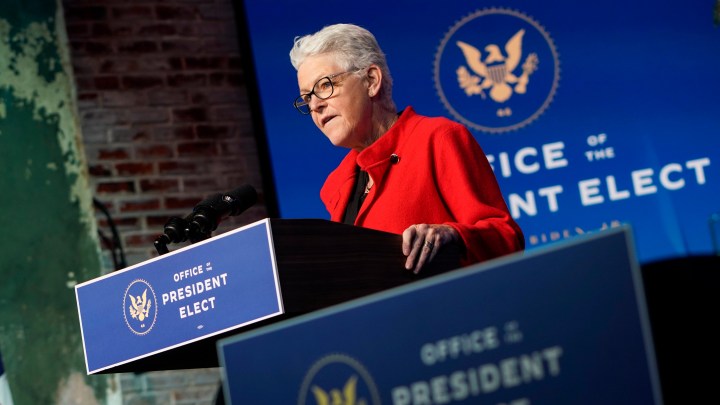 But Joshua Busby, associate professor of public affairs at the University of Texas at Austin and a fellow at the Center for Climate & Security, said things are about to change.

“People are hugely optimistic in a way that they haven’t been for some time,” he said.

President-elect Joe Biden has vowed to make the environment a priority in an agenda that would reverse many Trump administration policies.

Busby said the announcement of Gina McCarthy, former Environmental Protection Agency chief, as the first national climate adviser and former presidential candidate Pete Buttigieg as secretary of transportation help fuel that optimism. Both have pushed for stricter policies on car emission standards and stronger regulation of the oil and gas industry.

Biden has pledged to rejoin the Paris climate agreement as soon as he takes office. But Busby said the first step to meeting global climate goals is for the U.S. to tackle what it’s doing at home.

“The problem for the U.S. is that it has to be able to come up with credible action of its own because it can’t really put pressure on others if its domestic scene is not in order,” he said.

Biden will take office with an urgent set of problems including an out-of-control pandemic, a lagging vaccination campaign and an economy in recession.

But Rachel Cleetus, the policy director for the climate and energy program at the Union of Concerned Scientists, said addressing climate change doesn’t have to take a backseat.

“We need to make sure that we’re making the kind of investments that will get us out of this economic hole we’re in right now, create jobs, get people back to work, as well align with our longer-term goals to move towards a low-carbon economy,” Cleetus said.

“But at the same time, there’s skepticism about promulgating regulations that are going to be costly, may have unintended environmental consequences by shifting businesses overseas, and therefore yielding negligible climate benefits,” Loris said.

He expects the Biden administration will use a carrot and stick approach to climate change: carrot in the form of tax incentives for reducing emissions and stick in the form of new regulations.