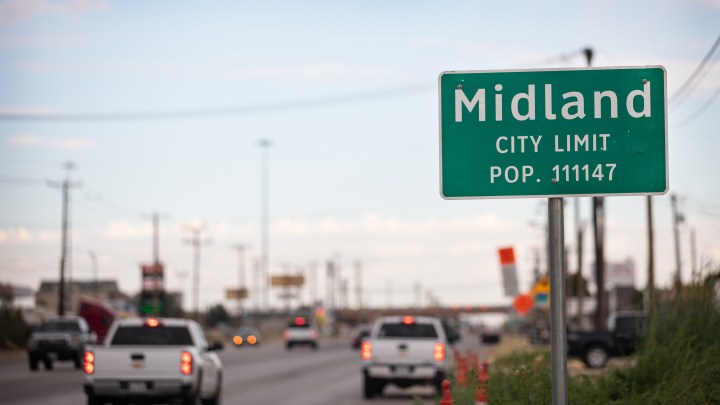 Midland, Texas, is at the center of oil and gas production in the United States. It’s also ground zero for shale plays and hydraulic fracturing, better known as fracking.

President-elect Joe Biden said he does not want to ban fracking outright, but producers in the largest oil field in the United States are nonetheless preparing themselves for more regulation.

Petroleum historian Diana Hinton has lived in the Midland area since 1973. She’s written a number of books on the industry and said there’s always concern in this part of the country, which is overwhelmingly Republican, when Democrats take office in Washington, D.C.

“But this one is new,” Hinton said. That’s mostly because environmental concerns and climate change have now become a big part of the public conversation. And fracking, which has made oil companies a lot of money in the past decade, is an important issue for a lot of people.

“And so there are a lot of important things for the industry to be concerned about now that weren’t as much a matter of concern, let’s say, 10 years ago,” she said.

“I think there is a fear out there that Biden is going to just shut down the oil industry,” said Grant Swartzwelder, president of OTA Compression and OTA Environmental, an oilfield environmental consulting firm. “If he does that, then yes, it would hurt me, it hurts the whole industry. But logically speaking, that’s really, really hard to see that happening.”

He said there were a lot of regulatory rollbacks during the Trump administration, but they were more about how strictly the rules were enforced than changes to the rules themselves. In the coming years, he expects more fines and more stringent inspections.

Hinton said the Midland community knows that more regulation will likely increase the cost of doing business at a time when the price of oil is just $40 a barrel.

“What they are more concerned about is that as a town, we have not diversified away from the petroleum industry,” Hinton said. “We depend absolutely on the oil industry for our prosperity,”

This political change is happening as COVID-19 depresses demand for oil and gas around the world and Russia and Saudi Arabia continue to add more supply to the market.