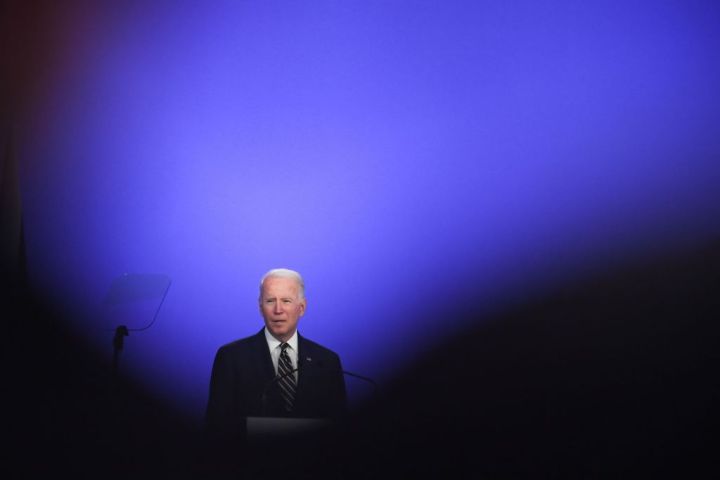 When he took office a little more than a year ago, President Joe Biden committed to combat climate change – it was a top priority.

Many environmentalists praised the bipartisan infrastructure bill’s passage, with its provisions for electric vehicle charging stations and clean electricity incentives.

But the Build Back Better Act – with half a trillion dollars in climate spending – doesn’t seem to be going anywhere right now.

The Biden administration has both wins and losses in energy and climate policy one year in.

Back in November, President Biden signed a more than $1 trillion bipartisan infrastructure bill that included some $50 billion to help communities recovering from disasters and to prepare those more susceptible to climate change.

“It’s not sufficient, but it had a lot of really important provisions in it. From a clean energy standpoint and a U.S. economic competitiveness standpoint,” he said.

One thing baked into that bill is money to hire more people to combat climate change. The Department of Energy is using some of it to create a Clean Energy Corps, recruiting 1,000 staffers to focus on things like clean energy development, climate mitigation and adaptation strategy.

“The more capacity, the more people we have at agencies like the Department of Energy and others to assist American companies in leading the clean energy transition, the better off we’re going to be,” Bordoff said.

Bordoff and others said the infrastructure bill alone is not sufficient because it does very little to actually curb greenhouse gas emissions.

Money specifically allocated to do that can be found in the Build Back Better Act, the bill that’s still in limbo in Congress after West Virginia Senator Joe Manchin commented that he’s worried about the bill’s price tag. But Leah Stokes at UC Santa Barbara said this bill’s passage is paramount to the Biden agenda.

“The Build Back Better Act has $555 billion of investments in everything from clean energy to manufacturing jobs for displaced fossil fuel workers, to cleaning up dirty air from ports. And all of that investment will be transformative in terms of taking on the climate crisis,” she said.

The Biden administration’s trying to take on the climate crisis, while inflation is affecting people’s pocketbooks and a global energy shortage has oil prices above $80 a barrel. People tend to pay more attention to energy policy when it affects how much they pay to fill up their cars with gasoline or heat their homes in the winter.

Michael Greenstone, a professor of economics at the University of Chicago, said a cleaner energy transition is coming, but the reality is the world still uses fossil fuels. That’s not going to change overnight. He said the Biden administration’s approach should be cut and dry economics.

“I think the right way to think about the problem is, can we make progress on it? Can we do things where the benefits exceed the costs?” he said.

Greenstone also said we have to remember that the climate crisis is a global problem, and the United States should leverage carbon reductions its making at home for commitments from other countries.