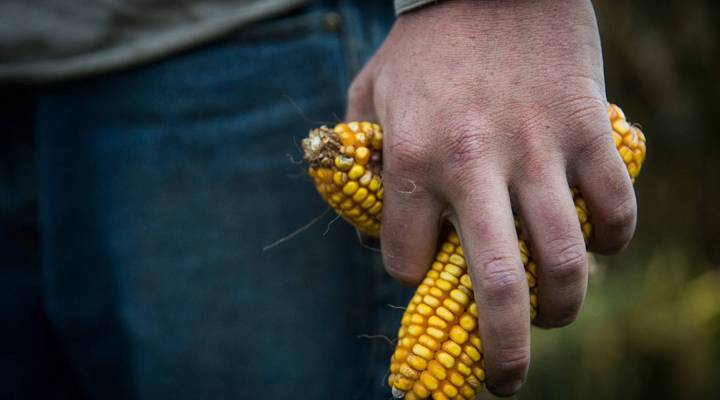 President Trump has put Mexico and Canada on notice that he wants to change up U.S. participation in the North American Free Trade Agreement, or NAFTA. Trump has directed criticism at Mexico, citing its trade surplus with the U.S. Those criticisms, along with Trump’s harsh rhetoric towards Mexican immigrants, have prompted one group to strike back against Trump with a trade-based weapon: corn.

After NAFTA opened up the Mexican market, tons of yellow corn from the U.S. flooded in. Bruce Peterson, a corn farmer in Minnesota, says the U.S. producers had some built-in advantages. “There’s a reason why we grow a lot of corn in the upper Midwest. We’re blessed with quality soils and typically we get ample rainfall,” he said.

The farmers working in arid Mexico couldn’t keep up with that competition. Imports of U.S. corn put many Mexican farmers out of business. Mexico is the biggest market for U.S. corn, with producers now sending about $2.5 billion of corn to Mexico each year.

Knowing corn is a pressure point for the U.S., some immigrant rights advocates decided to push on it. One of them, Luis Avila, says it’s retaliation against President Trump for his derogatory language about immigrants, and for his talk of building a border wall and renegotiating NAFTA.

“For us it was a good opportunity to hit Donald Trump where we believe it will hurt the most, which is his economy,” said Avila, a Mexican-born activist in Arizona. He helped start a campaign called “No Maiz Gringo,” or “No American Corn.” The campaign includes a petition for the Mexican government to boycott U.S. corn.

“Our campaign is actually asking the Mexican government to not only stop buying from the United States, but to invest in the production of Mexican corn,” he said.

A full boycott seems improbable, but a Mexican senator has introduced a bill calling for similar measures as the petition. And the Mexican government is exploring imports from Brazil and Argentina, which are big corn-producing countries.

That worries Tom Sleight, head of the U.S. Grains Council, a trade group.

“Suddenly politics has come into one of our most reliable markets,” he said. He notes U.S. corn has an advantage in the ample infrastructure in place to get it into Mexico easily. And corn from Latin American competitors would mean more import taxes and other costs for Mexico. But he says those barriers could fall.

“We’ve opened up the door, is really what the problem is,” Sleight said. “And our competitors for U.S. grain supplies will definitely go through that door and certainly be a lot more aggressive in their pricing.”

He said just last year, U.S. corn producers were talking about how to expand their exports to Mexico. Now they’re looking to protect them.