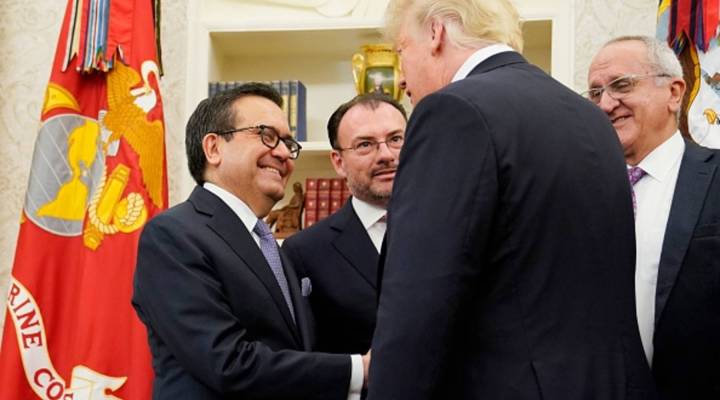 WASHINGTON — The Trump administration and Mexico have reached a preliminary accord to end the North American Free Trade Agreement and replace it with a deal that the administration wants to be more favorable to the United States.

President Donald Trump, in announcing the tentative agreement Monday at the White House, said a new deal would be called “the United States-Mexico Trade Agreement.” Trump has frequently condemned the 24-year-old NAFTA trade pact as a job-killing “disaster” for the United States.

Still, any new agreement is far from final. The administration still needs to negotiate with the third partner in NAFTA, Canada, to become part of any new trade accord. Without Canada, America’s No. 2 trading partner, it’s unclear whether any new U.S. trade agreement with Mexico would be possible.

The president said that he will be calling Canadian Prime Minister Justin Trudeau.

“If they’d like to negotiate fairly, we’ll do that,” Trump said.

Trump put pressure on Canada by threatening to tax Canadian auto imports and to leave Canada out of a new regional trade bloc.

NAFTA reduced most trade barriers between the three countries. But Trump and other critics say it encouraged U.S. manufacturers to move south of the border to exploit low-wage Mexican labor.

Talks to overhaul the agreement began a year ago and have proved contentious.

U.S. and Mexican negotiators worked over the weekend to narrow their differences. The Office of the U.S. Trade Representative said Monday that Mexico had agreed to ensure that 75 percent of automotive content be produced within the trade bloc (up from a current 62.5 percent) to receive duty-free benefits and that 40 percent to 45 percent be made by workers earning at least $16 an hour.

Adam Austen, a spokesman for Canadian Foreign Minister Chrystia Freeland, said: “Canada is encouraged by the continued optimism shown by our negotiating partners. Progress between Mexico and the United States is a necessary requirement for any renewed NAFTA agreement.”

Austen said the Canadians had been in regular contact with the NAFTA negotiators.

“We will only sign a new NAFTA that is good for Canada and good for the middle class,” he said, adding that “Canada’s signature is required.”

The No. 2 Senate Republican, John Cornyn of Texas, hailed the “positive step” but said Canada needs to be party to a final deal.

“A trilateral agreement is the best path forward,” he said, adding that millions of jobs are at stake. 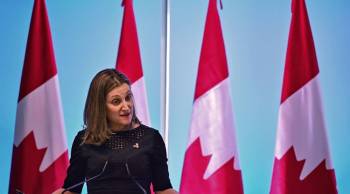