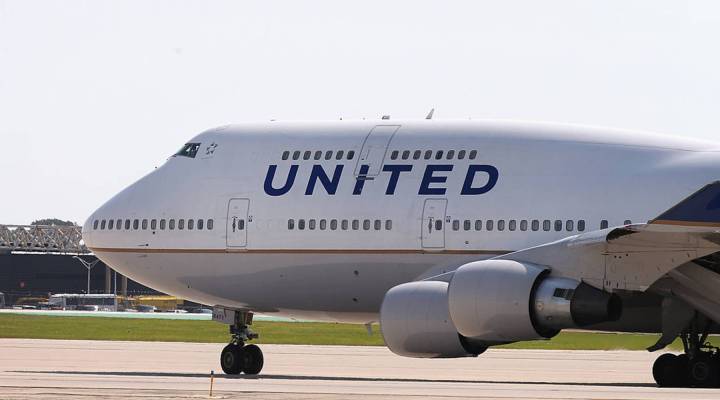 By now, most of us have seen or heard about United Airlines passenger Dr. David Dao being forcibly removed from a flight on April 9. When video of the incident went viral, United CEO Oscar Munoz released an initial statement calling the event “upsetting” and apologizing “for having to re-accomodate” Dao and other customers. A day later, as public outcry swelled — not only over the event but also over United’s weak response — Munoz released a second more fully fledged apology promising to review company policies to fix what went wrong.

The last three weeks have been rocky for the airline, with its stock dipping temporarily, continued criticism, and media partners pulling its ads. The episode also sparked a broader debate about commercial air travel, customer service and corporate relations. Today, United announced a list of 10 operational changes it will make to its procedures surrounding overselling and passenger rebooking — including increasing compensation up to $10,000 for customers who are willing to give up a seat. Earlier this month, Delta Airlines raised its cap to $9,950, up from $1,350, as a precaution.

Some of these new United policies will go into effect immediately, while others will be rolled out by the end of the year. Here’s the full list:

David Brancaccio: I think you’re about to tell me about what your airline learned from that horrible incident earlier this month. But, before we get to that, please tell us what accounts for your initial insensitivity as that mess unfolded.

Oscar Munoz: Let me first say, beyond the events of the day and the response as you suggest, you know it’s broader than that. We had a serious breach of public trust, and again, we continue to be profoundly sorry and apologize to everyone involved. What happened is we let our procedures and policies get in the way of common sense and doing the right thing. To your question with regards to that specific choice of words and response: It was an awful choice of words, it didn’t adequately respond to the gravity of the situation. I watched that video. My gut instinct told me to do something different but I messed up, and I’ve taken full accountability for that. You know in hindsight, I think about it every day and how we should have responded better.

Brancaccio: So now after review, United has this list of 10 changes to how it deals with flights and how it deals with the people who fly. I see, for instance, that you now won’t call in the cops unless safety or security is an issue.

Munoz: Well, David, that was an immediate response. I think I was on TV a couple of weeks ago, and the first decision immediately was to say publicly and to put out an internal policy that we would not allow law enforcement on our aircraft unless it was an issue of safety or security. I have to say, I don’t know every one of our policies because we have many, but I think most of us, and I certainly was surprised that we had a policy that we would do something like that. So we stopped that immediately.

Brancaccio: And now no forcing people already on the plane to get off because they’re bumped.

Munoz: Well, that’s the added aspect. We’re not going to have law enforcement come on, but also once you’ve boarded the aircraft and you’re comfortably seated — other than for safety or security reasons, I think we always have to put that caveat in — we’re not going to deplane anyone.

Brancaccio: Now you’re pledging to reduce the amount of overbooking. How about you just don’t overbook?

Munoz: The process of overbooking is a complicated one. It’s actually minimal. We, on certain flights, overbook by one or two people. Last year we had, I think, one in 23,000 [customers] that were involuntarily denied boarding. So it’s a very small occurrence. And again, as we up the amount to $10,000 if indeed we need to deny boarding to someone, I think that’s another incentive for us to in essence get to a point, as an internal goal, where we don’t have any involuntary denied boardings in the system.

Brancaccio: Because the cutoff on the day in question was like $900, and now you’re putting it up to as much as $10,000 to incentivize people to perhaps take a different flight.

Munoz: That is correct. And I have to tell you beyond the economics of it, which clearly everyone says, “Why didn’t you just offer more?” It was a lot of what ifs, and that’s kind of at the root of where our policies and procedures got in the way of the right thing and common sense. Because not only is the financial remuneration important to someone, even potentially sometimes even more important is like, “Tell me then when I’m going to get to my destination.” But again, our internal goal is to get to zero, and one of the drivers behind that is putting a $10,000 — giving that empowerment to our gate agents and crews so that they can make the right decision right there onsite.

Brancaccio:  And this is interesting — an automated system for getting volunteers to raise their hand about possibly taking a different flight?

Munoz: Yeah. And it’s something that’s done at other airlines, and it’s a reverse auction, if you will. If we, for a host of reasons, we had to change aircraft or we indeed overbooked by a certain amount or whatever, many issues can cause overbooking. We want to let you know as soon as possible or let the people on that flight know. Because if you’re just getting to the airport or even if we do it earlier and up and you’re still at home, and you have the opportunity and you have flexibility in your plans, we’re going to let you call your number and then sort of avoid the issue of having to do it at the gate, and of course, you know, really never having to do it when we’ve already boarded an aircraft.

Brancaccio: Just buying a ticket from you doesn’t mean you’re guaranteed a seat. This incident has been a wake-up call to passengers that that’s kind of the way of the world. Do you need to make it clearer to people that there’s always a bit of a roll-the-dice about whether you fly or not?

Munoz: I don’t know about making it clear. I think we need to communicate more effectively how we treat you with respect and dignity as a customer. You know, that seems like a very harsh thing to say — I bought something but I’m not guaranteed — that is something that again has been put in place well before me, I think as an industry. But we have to get, we have to do better than that, right. We can’t do that. And so our policies that we’ve rolled out here today will begin the process of helping in that regard.

Brancaccio: Do you think this is a sign that there’s been too much consolidation in your industry, that you’re now too big to care all that much?

Munoz: I don’t think so. If you fly and you look around today and you see our United family, you see them incredibly motivated and focused on making things right. The incident that we all witnessed was a horrible failure, but it is not who we are as a company…. So, size, scale, consolidation — all of those things aren’t factors, they just make things a little harder sometimes. But we do have to remind ourselves, to your point, that the customer is at the center of all of this.

Brancaccio: One last question. This incident with the dragged-off passenger became a worldwide spectacle in part because everyone agrees it was terrible, but also there was video footage of the incident. Do you welcome passenger videos if it helps you understand there are shortcomings in your system or are you inclined to limit videos that passengers can record and then make public?

Munoz: You know, it is a free world. It is a dynamic of our new day and age, technology is everywhere. Now to your point of do we take those videos, can we witness things, can they send them to us so that we can learn from those, you know that happens today. And so no, I would never limit that freedom for anyone.

Updated, 4 p.m. ET: United has reached a settlement for an undisclosed amount with Dr. David Dao, the passenger who was dragged off one of their flights earlier this month.