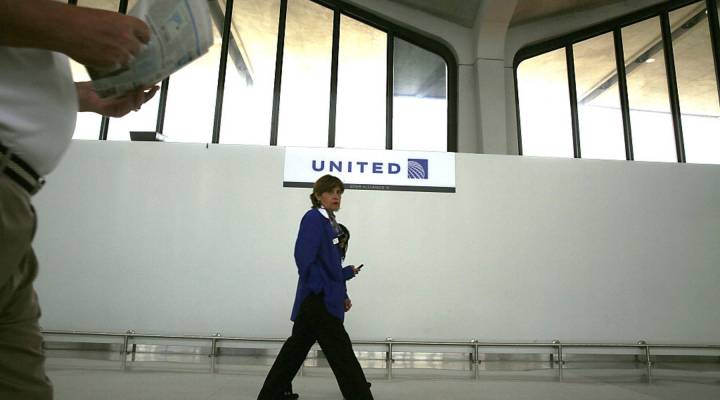 United hasn’t quite been soaring since its merger with Continental.

“You know if you’re in a horse race and you’re in fourth place, you’re not winning,” former Continental CEO Gordon Bethune told CNBC. “United has the best employees, the best fleet and the best route system, how come they’re in fourth or fifth place?”

It’s a question he and many investors have been asking. The airline has strong hubs in Chicago and San Francisco and a solid footing for Pacific travel.

“But it has never really taken full advantage” of its assets, said Michael E. Levine, distinguished research scholar and professor of law at the NYU School of Law, “in part because internally it’s a bureaucratic place, not a particularly well focused place.”

The problems at United go back a long way, Levine said, “and they’re pretty deep. They go to employee orientation and morale, degree of strategic focus and so on. And they’re still wandering around, in a sense, in search of a management.”

All of this underperforming has several investors very annoyed, specifically two hedge funds, Altimeter and PAR, which are calling for a major shakeup on United’s board. The hedge funds, which describe themselves as long-term investors as opposed to activists, want five new directors on United’s board, in addition to Bethune, the old Continental CEO.

United management views this a takeover. In a letter to employees, George Munoz, United’s CEO of one year, who is freshly returned from a heart transplant, wrote, “Like Continental in the ‘90s, we are starting to see real improvement in our performance by focusing on our employees, operation and customer experience.”

More of United’s flights run on time, said Henry Harteveldt, founder of Atmosphere research. “They’ve announced a series of investments to improve their airplanes and make their passenger experience better, they’ve unveiled a new website.” But he added, change is slow and airlines are complicated businesses.

It’s a sentiment echoed by NYU’s Levine.  “A lot of people from outside the industry keep coming in and assume that airline management is a bunch of doofuses because they just don’t seem to get it right, and then they discover how hard it is to get it right,” he said.

Still, Levine said, United has a lot of work to do.  Shareholders will decide who wins the battle for control over United at the company’s shareholder meeting in June.