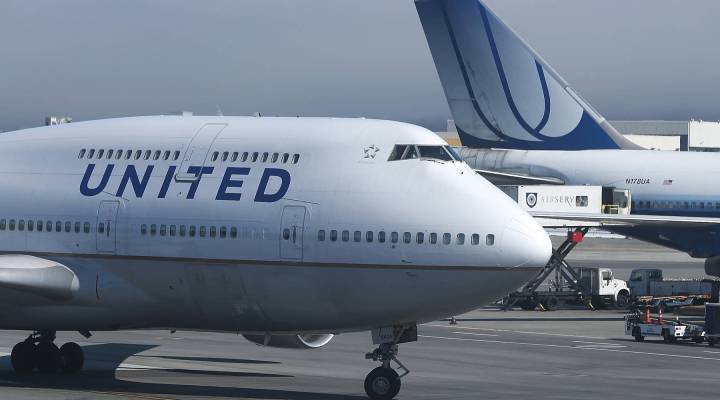 After waiting through the boarding line, you’ve got your carry-on stowed and your butt firmly planted in seat 27D. At this point, you’re basically guaranteed to be on the flight, right? Well, not so fast. By now, we’ve all seen the video of a passenger being forcibly removed from a United Airlines flight from Chicago to Louisville, Kentucky. Robert Mann, an airline consultant and a former airline executive, spoke with Marketplace host Kai Ryssdal about the fallout from United’s first-class public relations nightmare. Below is an edited transcript of their conversation.

Kai Ryssdal: What is overbooking, and why do airlines do it?

Robert Mann: Overbooking is the selling of more seats in the reservation process than the airline expects to have on the aircraft that operates that flight that day. So, I may sell 110 seats on a 100 seat aircraft on any given day.

Ryssdal: So to the case at hand today, the Chicago flight. Just because you have a ticket doesn’t mean you’re entitled to a seat on the airplane.

Mann: That’s correct. If you take the time to read the airline condition of contracts that you’re planning to travel on — not that anyone does by the way, because it’s 10-point mice type that only lawyers probably read or approved. It does, in fact, say that the the carrier has the final right to allow you to travel or not for what may either be marketing or operational reasons.

Ryssdal: Can you recall an overbooking situation having gotten physically violent in the past?

Mann: No, not to this extent. I have certainly witnessed difficult oversell situations that involved the need to negotiate, in all capital letters, with customers. And, in fairness to United, this appears to have been a last-minute operational need to move crew members on a flight to Louisville in order to operate another flight. So the Hobson’s choice, in this case, was: “I either remove four customers from this aircraft, or I cause a flight in Louisville, which might have 70 or more customers on it, not to operate.” So it was a difficult decision under any circumstances, and done under time pressure, because the aircraft has to depart reasonably close to time, if not actually on time. And so all this is done as the clock is ticking.

Ryssdal: United apparently stopped its negotiations at $800 that they were offering people to get off this plane. Why not go to, you know, $1,000 or $2,000 rather than what has to be the horrible, horrible, publicity of this video showing them dragging a passenger off the plane?

Mann: Sure. It evokes the 1970s FRAM oil filters commercial: You can pay me now or you can pay me later. And that’s indeed what’s going to happen here. United will probably pay at the Department of Transportation. They will pay, probably, to the customer. And they are certainly paying in the court of public opinion.

Ryssdal: Well, CEO Oscar Munoz came out with a statement today in which he said, and I quote, “I apologize for having to re-accommodate these customers.” That’s not going to win United [any] fans.

Mann: No, that was airline-ese when a common-sense apology was warranted here.

Ryssdal: Right. Any reason, then, to believe that this is going to change?

Mann: Well, I think what clearly will change is both the process and the art of that negotiation. United clearly should be getting involved with it. It’s kind of a teaching moment. You hate to have episodes like this be that fodder for teaching moments, but they often are.