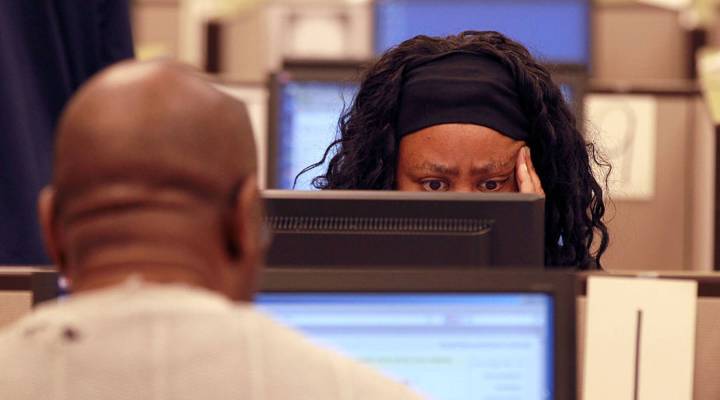 In the Marketplace-Edison Research Poll, we asked this question: where is the U.S. economy today, compared to a year ago — better, worse or the same? The poll found that 40 percent of men thought it was doing better, compared to 24 percent of women.

It’s tempting to attribute that gender gap to politics. There’s a Republican president, and women are more likely to be Democrats.

But the gap is persistent. We saw it in our October 2016 poll, when President Obama was still in office, although the gap was slightly smaller.

“Politics is definitely a part of economic evaluations, but politics may not be explaining the differences between men and women,” said Peter Enns, executive director of the Roper Center for Public Opinion Research at Cornell.

In fact, there’s been a gender gap in economic outlook for a long time, he said. In the University of Michigan Consumer Sentiment Index, “almost every month from the late 1970s to today, men are more optimistic about economic conditions than women,” Enns said.

The reason for the gender gap comes down to economic reality, said Anna Chu, vice president for income security and education at the National Women’s Law Center. For one thing, women are more likely than men to be poor at all stages of their lives, “from the minute they get out of college or get out of high school all the way until before they retire and even afterwards,” Chu said.

Women also make up nearly two-thirds of the low-wage workforce, Chu said. And then there’s the wage gap.

“You look at all these factors combined, I think that helps explain and give a window into why the polling shows that women have a far less optimistic economic outlook,” Chu said.

For some women, the reason for that difference in outlook is simple and personal: the bills are piling up. Anita Christmas is 64 years old and lives in Boonville, Indiana. Her husband is retired from a job at Alcoa, and he’s bringing in less money every month than he used to.

She said her husband would probably say the same thing.