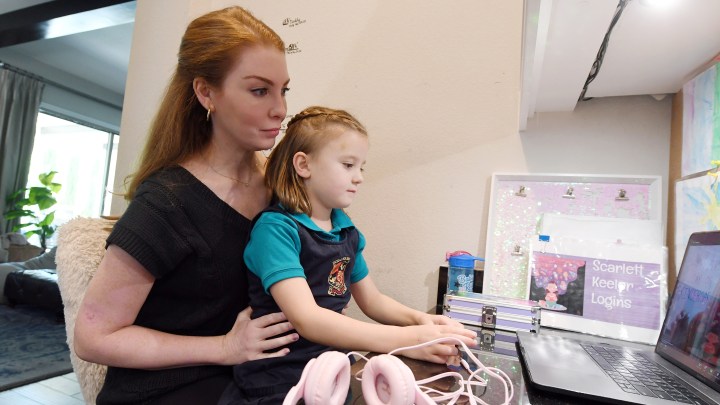 School and daycare closures during the pandemic have increased child care responsibilities for many families. An analysis of federal data by researchers at Washington University in St. Louis found that burden has fallen more on mothers than fathers.

The study found a growing gap between the hours worked by men and women in dual-income heterosexual couples with children during the early months of the pandemic. Women with young children reduced their hours four to five times more than fathers between February and April 2020.

Before the pandemic, mothers in such couples worked about 4.6 fewer hours per week than fathers. Between February and April 2020, the gap in hours worked widened by 20-50% as schools and daycares closed.

Working moms are shouldering most of the responsibility of remote schooling for their kids in their relationships. Many have cut back their work hours to accommodate the extra responsibilities at home.

The gap in hours worked between mothers and fathers widened most dramatically for parents of school-aged children.

An October 2020 Marketplace Edison Research poll found women were overwhelmingly more likely to be responsible for supervising remote learning at home than men.