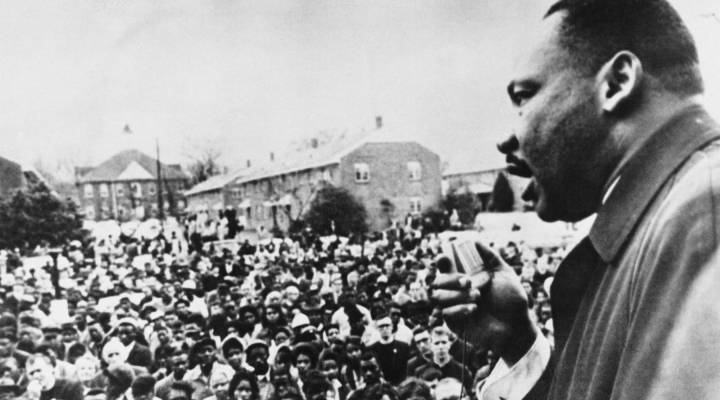 Owning or running a business is becoming increasingly less common for African-American men and women.

Companies have grabbed larger shares of the market over the past several decades, edging out small and independent businesses, which often play important roles in their respective communities.

Brian Feldman, a researcher and reporter with the Open Markets program at New America, recently wrote about the issue in an article for the Washington Monthly called “The Decline of Black Businesses.”He joined us to talk about the cause of the decline and the role businesses like these have played in the civil rights movement. Below is a transcript of the conversation.

Kimberly Adams: In your article, you say there has been a “wholesale collapse” of black-owned independent businesses and financial institutions in the last 30 years. What happened?

Brian Feldman: The short answer is a dramatic change in antitrust law that has resulted in increasing levels of market concentration. Fewer and fewer firms have come to dominate a larger and larger sector of industries, ranging from pharmaceuticals to airlines to retail trade. And as a result, they have been blocking and pushing out and driving out of business a lot of the smaller startups and independent businesses.

Adams: So what role did these businesses play in the black community and the broader community?

Feldman: All small businesses are oftentimes a cornerstone of their local communities. But within the black community, there was a very special role that was played during the civil rights movement. A lot of independent business owners financed aspects of the civil rights movement,  including protests and most notably, the march in Alabama — the Selma to Montgomery march.

Adams: One interesting thing that really surprised me in your article was the role that antitrust laws and fair trade regulations played in the decline of black businesses. Can you explain that to me?

Feldman: Up until about 1982, we see these laws enforced in a way so as to protect the businesses in independent communities. After 1982, what we see happening is a really dramatic change in how these rules are enforced and interpreted. With that change, we start to see the wholesale decline of black-owned business.

Adams: And you gave a couple of specific businesses and sectors of the economy that felt that particularly keenly. Can you give me some of those examples?

Feldman: Sure. So one of the most dramatic examples are blacked-owned insurance companies. Between 1989 and 1999, during a very huge merger wave, we see the percentage of those black-owned insurers drop by 68 percent. Black-owned banks is another example. In 1985, there were 60 black-owned banks and today that number has dipped to 23  — largely the result of these mergers and acquisitions.