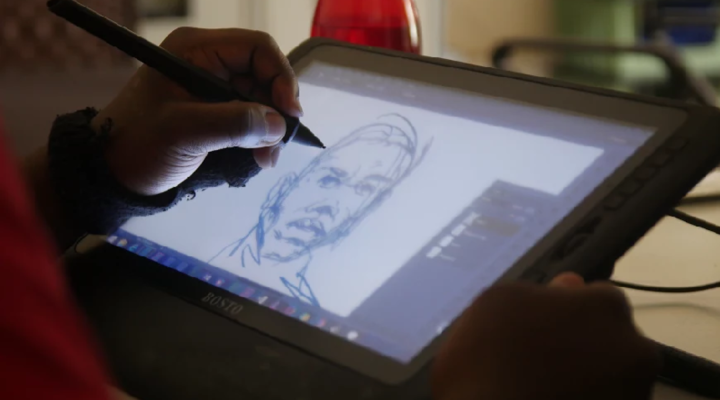 The comic book character Ikoyo is a warrior from the Jangwa nation. And he carries a big stick. He swings hard and crack — whacks his enemies in the ear.

“The spear he has some magical runes on it that make them extend. It’s some form of enchanted wood,” said Morietz Muthui. He’s the artist behind Ikoyo’s battle scene. It’s part of a comic book called “The Continent” printed on glossy paper and sold here in Kenya for 200 shillings, about $2.

Morietz Muthui flips through pages of “The Continent,” a comic book he illustrated about an alternate universe where Europeans failed to colonize Africa.

It’s just one of many homegrown comics being created in Africa, where locally produced comics are catching on. There’s a story about an alternate universe where Europeans failed to colonize Africa. There’s a noir detective series. Another series tells the story of a psychic hero called Alednam (“Mandela” spelled backwards).

They look just as slick as any American comic, but these stories aren’t an easy sell to traditional African publishers. Many artists self-publish runs of 200 to 500 copies, but they still need a place to sell them. Emmanuel Nyakwada, an artist who goes by the pen name Point Blank Evumbi, created a delivery service to distribute his comics.

Emmanuel Nyakwada came up with a system to distribute his comic book “Homeguard.”

“We came up with a system where you visit the Facebook page and you hit up the number,” Nyakwada said. If callers were in Nairobi’s Central Business District, he’d deliver a copy of his comic book “Homeguard” to them. “And we sold 500 copies of that.”

Another avenue for distribution is mobile phones. Leti Arts, a gaming studio founded in Nairobi, has had more than 100,000 downloads of “Africa’s Legends,” a combination superhero game and comic.

Wesley Kirinya is the founder of Leti Arts, a gaming studio in Nairobi that created “Africa’s Legends,” a combination superhero game and comic for mobile phones.

Artists have also organized their own Comic-Con: The latest Nairobi gathering had more than 2,500 attendees. Nyakwada was excited to see fans in costume.

“I look forward to the day that a guy is dressed up as one of my characters,” he said.

There is enthusiasm for these homegrown comics. Nyakwada has printed 600 copies of his books so far. He sold them all, making a profit of about $960. Not enough to make a living, but enough to keep him drawing the next issue. 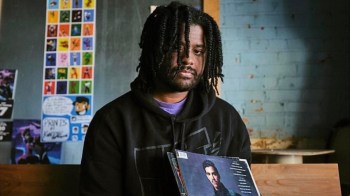