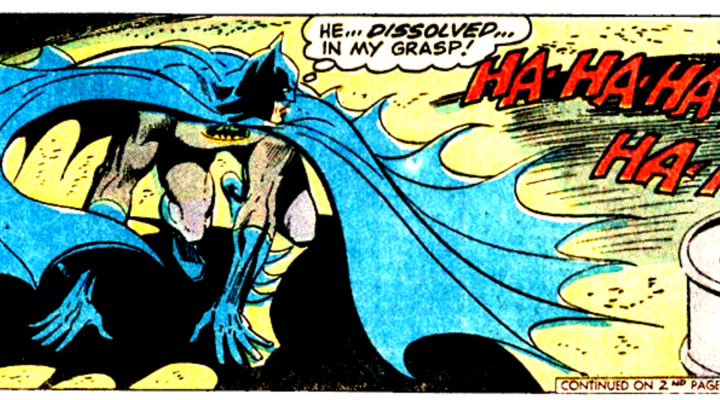 It was a cold night in January 1966. Michael Uslan was fourteen years old and waiting for the first TV episode of Batman to start. But, when the show came on the air, Uslan was horrified by what he what he saw: comic book graphics “Pow!” “Zap!” “Wham!” splashed across the screen as a cheesy surf rock theme song played in the background. Uslan felt as if the whole world was laughing at Batman. He made a vow, not unlike Bruce Wayne, to one day show the world who the true caped crusader was.

In the 1970s, Uslan was a student at Indiana University. It was a time when comics were denounced as subversive trash for America’s youth, but it was also a period of great experimentation on college campuses. Uslan had an idea and he pitched it to IU’s College of Arts and Sciences. In a tense exchange with the college dean, Uslan asked to teach a course on comic books, equating today’s superheros with the ancient mythology. To his surprise, the dean agreed and Uslan became the world’s first college professor of comic books.

Word about Uslan’s classes traveled fast and he was offered a job writing at DC comics, where Batman was created. Still an undergrad, he took the job as a summer gig while continuing his education and teaching his comic book course. By the late 1970’s, Uslan was writing Batman comics for DC, but the comic strip had all but lost its appeal since the 1966 TV show. It had become a sorely neglected comic no one wanted to be a part of. This was Uslan’s moment to fulfill his vow to himself and to Batman lovers everywhere. At a time when everyone at DC saw no future in the dark knight, Uslan stood up and bought the rights to Batman.

A decade later, Uslan helped bring Batman to Hollywood as the executive producer of Tim Burton’s box office success. Since then, Uslan has been an executive producer on every Batman movie, including the Dark Knight franchise and Hollywood’s most recent installment, “Batman v Superman: Dawn of Justice.”

He recounts his life with Batman in his new memoir, “The Boy Who Loved Batman.”