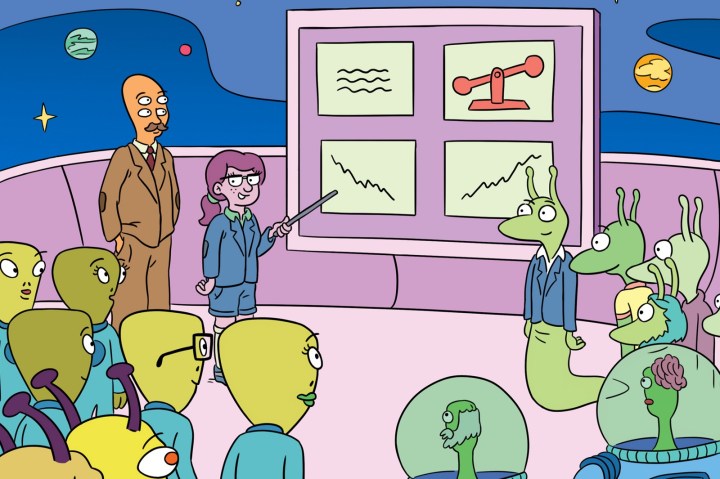 The Federal Reserve uses a lot of different methods to communicate with the public. There are the press conferences, speeches, meeting minute releases, published reports and … there’s the comic book series.

Set on a fictional alien planet, a cast of characters create their own currency, experience the ups and downs of small business, form a central bank and adventure through the galaxy, teaching the principles of monetary policy.

“These comic books were created as a fun and accessible way to teach about basic economic principles and the roles of the Federal Reserve System,” said Anika Pratt, head of education programs at the Federal Reserve Bank of New York, which produced the books.

“We feel that creating a resource that is applicable and fun and easy to understand is a great way to teach economics,” she said.

Pratt says the New York Fed has been publishing comic books since the 1950s, but decided to relaunch the series in 2017 “with a modern spin” that included new characters in a sci-fi/fantasy setting. The New York Fed released the third and most recent issue in the relaunched series, “The Story of Monetary Policy” last month.

According to Jenn Kahn, associate director of outreach and education at the New York Fed, making these comic books takes a diverse team of people.