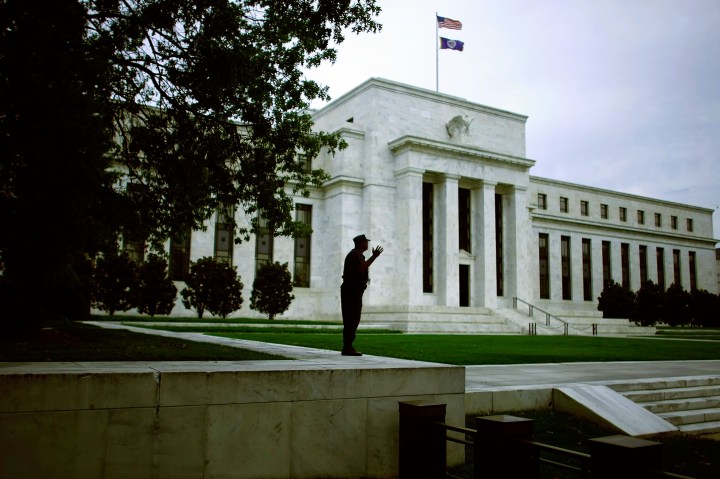 COPY
"We want to be top form, and to do that, we have to be diverse. We have to be inclusive," said Loretta J. Mester, president of the Federal Reserve Bank of Cleveland. Chip Somodevilla/Getty Images
Race and Economy

"We want to be top form, and to do that, we have to be diverse. We have to be inclusive," said Loretta J. Mester, president of the Federal Reserve Bank of Cleveland. Chip Somodevilla/Getty Images
Listen Now

Last year, the Federal Reserve launched a conference series about racism and the economy. So far, there have been sessions aimed at understanding racism’s impact on employment, education, housing and the economics profession itself.

As part of the series, Marketplace’s Kimberly Adams moderated two panel discussions on April 13 focused on the economics profession, including one with Raphael Bostic, Loretta J. Mester and Eric Rosengren, presidents of the Federal Reserve banks of Atlanta, Cleveland and Boston, respectively.

“We want to be top form, and to do that, we have to be diverse. We have to be inclusive,” Mester said.

The Federal Reserve System is one of the largest employers of Ph.D. economists in the United States, but according to a recent count by The New York Times, just 1.3% of them identify as Black. Federal Reserve leadership remains overwhelmingly white and male as well.

“We tend to focus on topics that reflect our own background and our own experience,” Rosengren said. “And if we don’t have a diverse group of people in the field, we’re not going to have the right topics.”

Other speakers at the event, including Bostic, highlighted the way economists tend to treat race in their analysis.

“Race is embedded in a lot of the things that economists treat as controls,” he said. “It’s always present, even when we act as if it’s not. Which means we’re drawing conclusions oftentimes that are not really reflective of reality.”