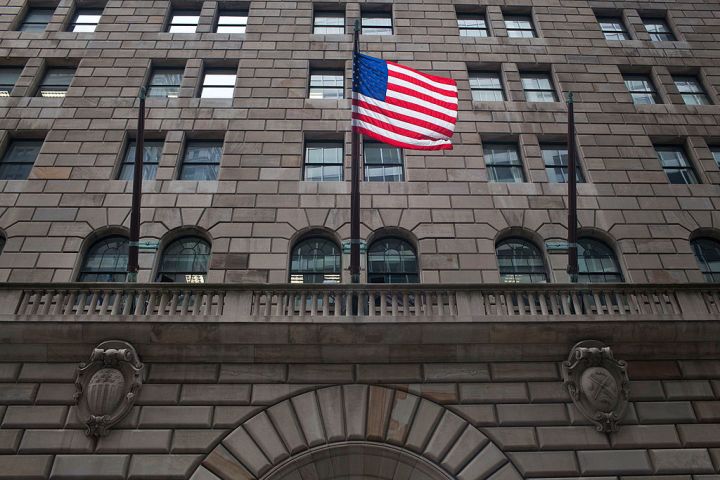 A view of the Federal Reserve Bank of New York. Andrew Burton/Getty Images

After all, it’s an institution that influences the country’s money supply, regulates the banking industry and intervenes in the event of a financial crisis.

For example, Hermain Cain — the former pizza executive who Trump had planned to nominate to the Federal Reserve Board earlier this year — is regularly referred to as “Federal Reserve chairman,” despite having a quite limited regional role in the mid-1990s. (Cain withdrew his name for consideration in April after several Republican senators indicated they wouldn’t vote for him.)

Each of the 12 Federal Reserve banks, separate from the main Fed, has a board divided into three groups — Class A, Class B and Class C — with three members in each group.

The various boards of directors propose the discount rate, which is what the Fed charges commercial banks for loans, and provide information for the Fed’s Beige Book, a collection of anecdotes about the U.S. economy. They also help choose their regional Fed presidents, who can serve on the Federal Open Market Committee — a group that has the power to set interest rates.

Here’s a look at the three groups that make up the regional Feds’ boards of directors –– and how much power they actually have.

Heads of banks — ranging from regional institutions to multinational ones — join the ranks of this group.

For example, the current members in class A at the Federal Reserve Bank of New York include the chairman and CEO of Morgan Stanley, James P. Morgan, and the head of Valley National Bank, a smaller company that’s based in New Jersey. These directors are elected by member banks in the district.

About 38%of the nearly 8,000 commercial banks in the U.S. are members of the Federal Reserve system.

They used to be able to nominate their Fed bank’s president until the creation of the reform law known as the Dodd-Frank Act, according to Sarah Binder, a political science professor at George Washington University. Congress made the rule in order to minimize potential conflicts of interest.

“Having been stripped of the power to help choose the president, there’s not a lot of actionable items [by Class A] that affect monetary policy,” Binder said.

Binder said that’s reflective of the demographics at commercial banks, which are “top heavy” with white men in management positions.

Class B directors are selected to represent their regional economies, including “the interests of agriculture, commerce, industry, services, labor, and consumers.”

They can range from professors and college presidents to executives at companies like Procter & Gamble and Wayfair. Like Class A, these Class B directors are elected by member banks in the district, but with the aim of representing the public.

Unlike Class A, these representatives have a role in nominating their regional Fed president.

“Class B directors are not bankers, but they’re chosen by the banks, and they’re likely to maintain a good relationship with the banks,” said Andrew Levin, an economics professor at Dartmouth College.“This means that when those directors are selecting a new president of the regional Fed, they may be inclined to confer with bankers and other financiers.”

Not all power is equal across these regional boards. The board at the New York Fed, for example, gets to appoint a president who is a permanent member of the Federal Open Market Committee.

“That has an influence over policy. The president of the New York Fed has got a special position in the Federal Reserve System, so that choice matters,” said Gary Richardson, an economics professor at the University of California, Irvine.

Other regional banks are chosen to be on the FOMC on a rotating basis.

Class C representatives include the CEO of Northrop Grumman, a former General Mills chairman and various university officials. Herman Cain himself was a member of Class C back in the ’90s.

Like Class B, they’re chosen to represent various interests related to agriculture and commerce and they help select their regional Fed presidents.

However, the chairman and deputy chairman of the board of directors are chosen from this specific group, which is why “each Class C director should have proven leadership credentials,” according to qualification guidelines from the Federal Reserve.

Class C is also unique from the other boards in that 50% of its directors are women.

Read our interview with the the president of the Boston Federal Reserve here.