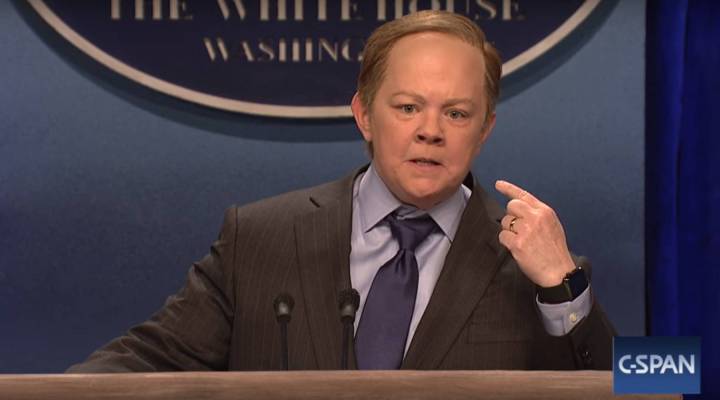 Alec Baldwin is scheduled to host “Saturday Night Live” this weekend for a record 17th time. The actor’s frequent role impersonating President Donald Trump on the show has won Baldwin new fans and drawn the ire of Trump himself.

The post-election political climate has meant big business for “Saturday Night Live.” According to NBC, the show’s ratings are the highest in more than 20 years. Viewership is up 22 percent from this time last season to 10.6 million viewers.

NBC makes money selling ads at the beginning of some of those clips, said media analyst James Dix at Wedbush Securities, and those clips also drive more viewers to watch the show. Higher TV ratings also allow the network to charge more for spots.

“You can go out and say, ‘Hey, I’ve got more eyeballs,’” Dix said. “Advertisers pay by eyeball, and they make more money.”

Ratings are up at the conservative-leaning Fox News as well, Dix pointed out.

“It’s interesting to see how polarization can be profitable,” he said.