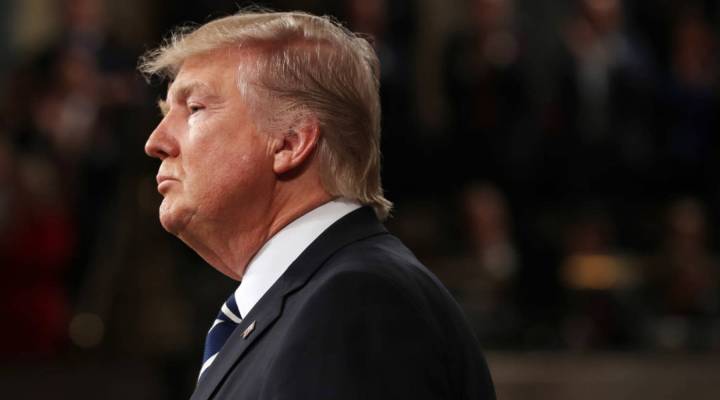 The acknowledgement came as MSNBC host Rachel Maddow said she has obtained part of Trump’s 2005 tax forms, and prepared to discuss the document on her Tuesday night show.

The records have become highly sought-after because Trump refused to release his returns during the campaign, breaking a decades-long tradition. He claimed he was under audit.

The White House pushed back pre-emptively Tuesday night, saying that publishing those returns would be illegal.

“You know you are desperate for ratings when you are willing to violate the law to push a story about two pages of tax returns from over a decade ago,” the White House said in a statement.

Trump long insisted the American public wasn’t interested in his returns and said little could be learned from them. But Trump’s full returns would contain key details about things like his charitable giving and how much he made each year.

The issue a major point of attack from his rival Hillary Clinton, who suggested Trump had something to hide.

The White House has not said whether or not the president plans to release his returns while he’s in office.