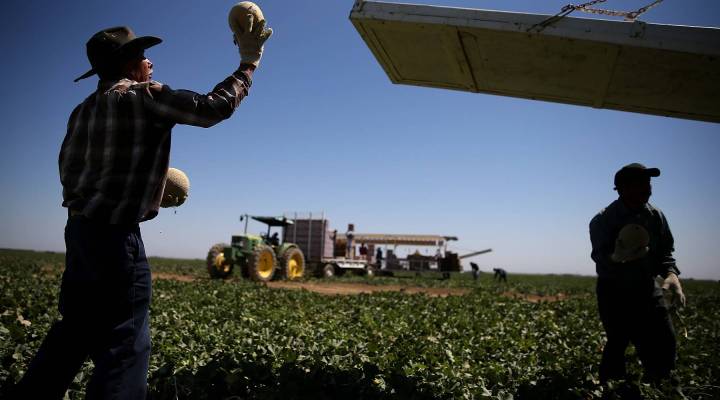 Immigration has been a big issue for President-elect Donald Trump, as he promised on the campaign trail that he would crack down on undocumented immigrants and would reform visa rules. This promise has concerned farmers throughout the country who rely on immigrant labor.

I guess that’s all yet to be determined. Before the election, I was certainly— my thought process was that a democratic victory would give us the best chance of moving towards an improved guest worker program. This is all going to unfold, hopefully fairly quickly because we have a dysfunctional guest worker program at the moment.

On what his workers are saying around his orchard:

This fear of what may happen on the immigration program and certainly all of our workers who come through the H2A program return to Mexico, so they’re a little less impacted by the threats of the immigration changes, but certainly it impacts family members that are here and that’s concerning for them.

On what the election has been like for him:

I’m hopeful from the standpoint that what happened was the voice of the people of the United States being heard through a democratic process and that this kind of a change will hopefully be regarded in Washington as earth-shattering and get them to actually do their job and govern both parties, rather than having a stand-still which makes it very, very difficult to be a businessman.