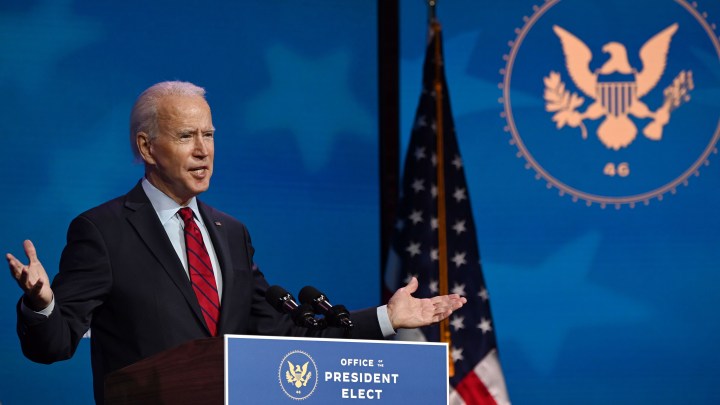 Monark Suthar was about to make dinner on a recent weekday evening in Savage, Minnesota, a suburb of the Twin Cities. His wife, Ankita, was on her way home from her job as a lab tech.

On the menu: paneer tikka masala with garlic naan.

The Suthars are Indian citizens; he is an electrical engineer for a high-tech metal fabricator, Anderson Dahlen. He’s been on an H-1B visa for 10 years but said the last four have been particularly difficult. Every three years, he has to renew it, and last time the cost went up to $1,500.

“It’s not only financial burden, but mental stress and emotional craziness,” he said.

Monark last saw his parents in 2016. He doesn’t go back because he’s worried immigration officials just might not let him back into the U.S.

Sandra Feist is the Suthars’ attorney. She said President Donald Trump’s executive orders and policy changes deliberately made the process more difficult and discouraging for immigrants.

“On the bureaucratic front, what they’ve done is just make the process much more cumbersome and unpredictable,” Feist said.

She understands it’s unrealistic to think that the Trump-era regulations and rules will be thrown out on the first day of President-elect Joe Biden’s administration, but she’s hopeful the tone of the department will change. She said that under Trump, the U.S. Citizenship and Immigration Services, or USCIS, changed its mission statement.

“From a mission that was focused on providing service to customers, who are the immigrants, to a Department of Labor-esque commission that is about protecting American workers,” she said.

During the campaign, Biden said he would support issuing more H-1B visas for highly skilled foreigners who typically come to the U.S. to work in tech, science and engineering.

But David Bier at the Cato Institute said that because immigration policy is so politically divisive, he isn’t confident the Biden administration will be able to follow through.

“This is the one area of immigration policy where the Biden team has put out sort of a lukewarm statement about his views on work visas, particularly high-skilled work visas,” Bier said.

Meanwhile, there’s a deadline hanging over Monark Suther and his wife. Her visa is dependent on his, and it expires on Feb. 11. They submitted the renewal in September, but Monark isn’t confident it’ll get renewed in time for her to avoid losing her job.

“And this part of the reason why we are still not able to plan for a baby,” he said. “I’m 35. My wife is 32. And we are interested. The clock is ticking. But it’s a big step moving forward in our life.”