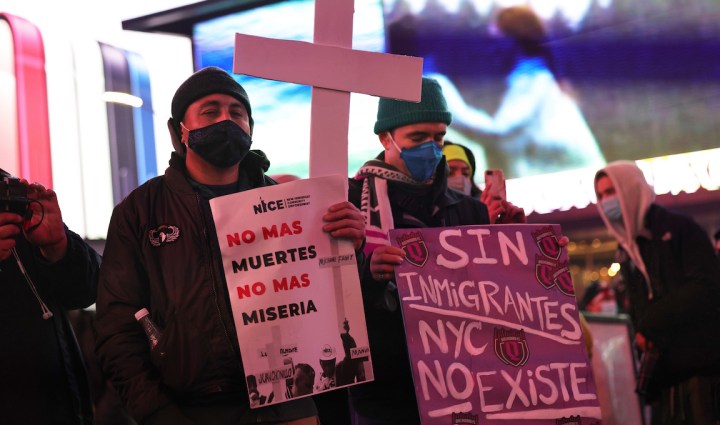 President Joe Biden promised to push for a sweeping overhaul of the American immigration system. Thursday, U.S. Sen. Bob Menendez, D-N.J., and Rep. Linda Sánchez D-Calif.-38, introduced the U.S. Citizenship Act of 2021, which would do just that.

There’s a lot in the bill, including updates to family-based immigration and work visa programs, protections for workers from exploitation and a path to citizenship for unauthorized immigrants.

These are people who are likely making a lot less money than their peers, according to Rodrigo Dominguez-Villegas, director of research at the Latino Policy & Politics Initiative at UCLA.

“There is a 35% income gap between documented and undocumented immigrants,” he said. “So we refer to this as the undocumented wage penalty.”

That wage penalty, he added, doesn’t just lead to hardship for individuals. It also translates into reduced spending and economic activity overall.

In addition, these immigrants are often subject to more labor exploitation than other workers, said Rebecca Dixon, executive director of the National Employment Law Project.

“So if they complain about working conditions or stolen wages, they are very vulnerable to being retaliated against — not just losing their job, but often employers, you know, threatened to call ICE.”

And that does not just affect the immigrants themselves, Dixon said. “It brings down the whole economy and impacts labor standards for all of us.”

Supporters of this reform argue bringing these workers fully into the legal workforce will boost wages for both them and their documented peers.

It will also give immigrants access to more government services like unemployment benefits and Social Security, according to Stella Rouse, who runs the Center for Democracy and Civic Engagement at the University of Maryland.

“Many of them are already paying taxes, and they are not reaping the benefits of the taxes that they pay in terms of social services,” she said.

These are the very services that many more people find themselves needing in the pandemic, because the economic fallout has landed particularly hard in many immigrant communities.