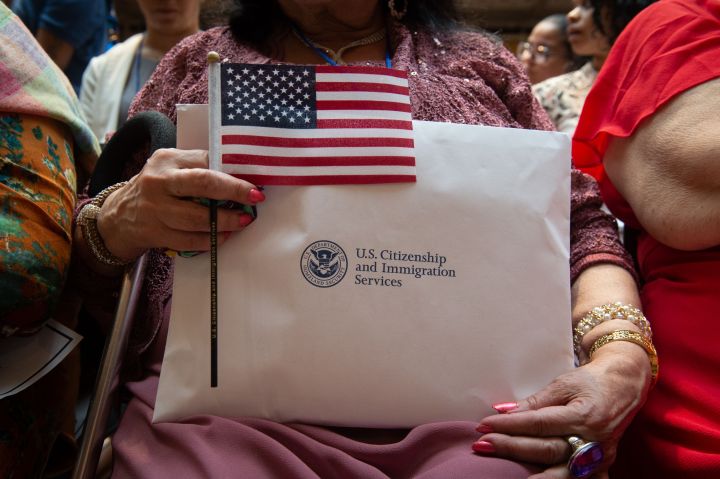 On day one, among Joe Biden’s first acts as president was to send an immigration reform bill — the U.S. Citizenship Act of 2021 — to Congress.

The bill would be the most sweeping immigration reform package since the 1980s. It includes an eight-year path to citizenship for the country’s roughly 11 million undocumented immigrants, a plan to boost border security with screening technology and financial aid to Central American countries.

The legislation comes after four years of restrictive policies — cutbacks to the refugee program, increased scrutiny on highly skilled worker visa applications and a slowdown in naturalizations.

“This clearly tells the country that the Biden administration intends to head in a different direction,” said labor economist David Jaeger.

The plans include paths to citizenship for farm- and essential workers, immigrants brought to the U.S. by their parents and those who came fleeing wars.

All immigrants would have to pass background checks and pay taxes.

“These individuals would have more bargaining power, and [the legislation] would also help these individuals themselves, improve their own ability to educate themselves and invest in their own skills because they know they would be here with certainty,” said Stuart Anderson of the National Foundation for American Policy, a think tank.

The bill would also bolster border security through technology. In addition, it calls for aid to Central American countries to address the corruption, violence and poverty that often drive migrants to the U.S.

Julia Gelatt, an analyst at the Migration Policy Institute, said all of this may strike lawmakers as ambitious. “Such a big, broad package as this is likely to struggle in Congress,” she said.

But Leticia Bustamante, of the Labor Center at the University of California, Los Angeles, is still hopeful. A recipient of the Deferred Action for Childhood Arrivals program, or DACA, Bustamante has lived in the U.S. for 20 years, and so have her undocumented parents. For now, they both work in factories.

This bill, Bustamante said, would give them — and millions of others — more stability.