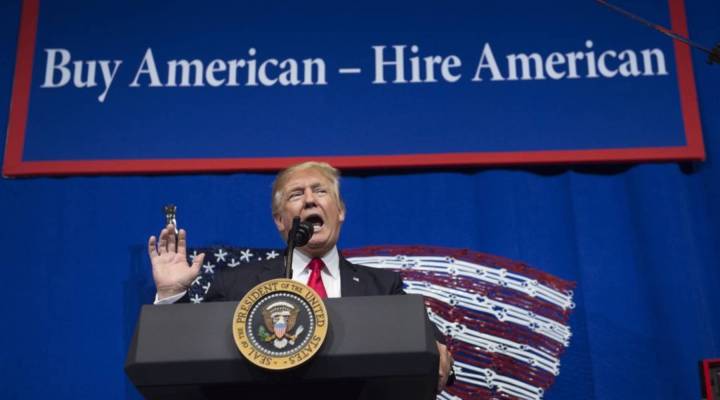 Recruiters at tech companies across the U.S. will be glued to their computers this week. Today — Monday, April 2 — marks the official beginning of the application window for H-1B visas. These visas allow employers to hire foreign workers with specialized skills to fill jobs that they were not able to fill locally.

The visas are usually capped at 85,000. In the past, these visas were issued on a first-come, first-served basis. However, after the number of applications far exceeded the number of available visas within days of the application process being open, the U.S. government put in a new system. If more than 85,000 applications came in within that first week, visas would be issued through a random lottery. The lottery process has been in place for over a decade now.

The lottery system is not without flaws. An analysis of the visa applications and recipients found that some staffing and outsourcing companies flood the system with applications in the first week, hoping to increase their chances of getting H-1B visas for their workers. One third of all H-1B visas issued in 2014 went to 13 outsourcing companies, according to Ronil Hira, professor at Howard University. These companies then match workers to potential jobs. Critics say that this lowers the number of available visas from companies that actually struggle to find skilled workers.

President Trump has promised to fix the H-1B visas system, but to the dismay of employers who struggle to find workers in an already tight labor market, getting an H-1B visa has actually become more difficult — rather than easier — under Trump.

Almost a year ago, Trump took the stage at the Snap-on Inc. factory in Kenosha, Wisconsin, to announce a “Buy American and Hire American” order that would “set in motion a long-overdue reform of H-1B visas.”

“Right now, H-1B visas are awarded in a totally random lottery — and that’s wrong,” Trump said, standing in front of an American flag made out of wrenches. “Instead, they should be given to the most-skilled and highest-paid applicants, and they should never, ever be used to replace Americans.”

President Donald Trump signs an executive order to try to bring jobs back to American workers and revamp the H-1B visa guest worker program during a visit to the headquarters of tool manufacturer Snap-On on April 18, 2017 in Kenosha, Wisconsin.

No official reform plan has been announced yet, but in the aftermath of Trump’s speech, U.S. Citizenship and Immigration Services (USCIS) has increased the scrutiny for H-1B applicants. Last year, USCIS sent 40 percent more requests for additional information and evidence than in 2016, according to an analysis by Quartz. One lawyer told Bloomberg BNA that some employers have received multiple request for additional information for the same application.

About 44 percent of employers said that the U.S. visa application process has become more difficult, according to a survey by Envoy, a global immigration service company. The 401 HR professionals and hiring managers surveyed said that applications were increasingly complex (61 percent), took longer to prepare (51 percent) and often resulted in requests for additional information (41 percent).

In February, the USCIS issued a memo saying that it would require more information about H-1B worker assignments, including dates and locations. This new requirement is designed to cut down on applications from staffing and outsourcing agencies, according to CNN. Additionally, if the USCIS feels that the employer does not need the H1-B recipient for the entire  three-year period, it might issue a visa for a shorter period of time.

“We’ve had five visa applications declined last year,” said Amol Sarva, co-founder of Knotel, a flexible workspace provider based in New York. In 2017, Knotel filled applications for three H-1B visas, one J-1 visa for the work-and-study exchange program, and one H-3 visa for a non-immigrant trainee. All five applications were declined. Sarva insisted that in the past, similar candidates would have been approved for a visa.

“In past years, they would’ve gotten it. This year, they didn’t get it,” he said. “Zero for five. It is massively harmful. [These are] really high-talent people that are difficult to find. Hiring is not just an undifferentiated mass of bodies that come into companies. It’s a Tetris game of matching all the different shapes to the bases.”

Sarva added that even one visa rejection can be hard on the business, much less five. Finding qualified candidates has gotten harder as the unemployment rate continues to drop and there are fewer people looking for work.

“America does not produce enough graduates and talented candidates to do all the things we want to do,” Sarva said.

While finding qualified workers is an important issue for the tech industry, the majority of the big tech companies have been mostly silent on the H-1B issue and have tried to distance themselves from the outsourcing companies that are seen as taking advantage of the program. When he spoke to Marketplace last year, Microsoft CEO Satya Nadella said that a review of the H-1B program could be “a good thing” since it could reveal potential misuses of the program. Companies have however spoken up on other immigration issues such as work visas for spouses of H-1B recipients and repeal of the Deferred Action for Childhood Arrivals (DACA) program.

Sarva has been outspoken on all of these issues. According to him, a diverse immigrant workforce has been an asset for Knotel.

“My co-founder is an immigrant and I am a second-generation immigrant,” Sarva pointed out. What’s more, nearly 50 percent of Knotel’s 150 employees are immigrants or first-generation Americans. Some even rely on Knotel to sponsor them for their work visas.

However, not all industries are running into a similar problem.

When the U.S. Congress recently passed the omnibus spending bill, it included a small adjustment to the cap of H-2B visas for seasonal workers. Previously, just 33,000 H-2B visas would be issued in the summer and in the winter, bringing the total to 66,000 for the year. These visas are usually be given to workers that filled in seasonal non-agricultural jobs — meaning seasonal jobs at places like hotels, ski resorts and restaurants. The spending bill allowed the Trump administration to increase this year’s cap to 129,547 visas. As Vox points out, Trump’s properties such as Mar-a-Lago regularly hire H-2B workers for various positions.