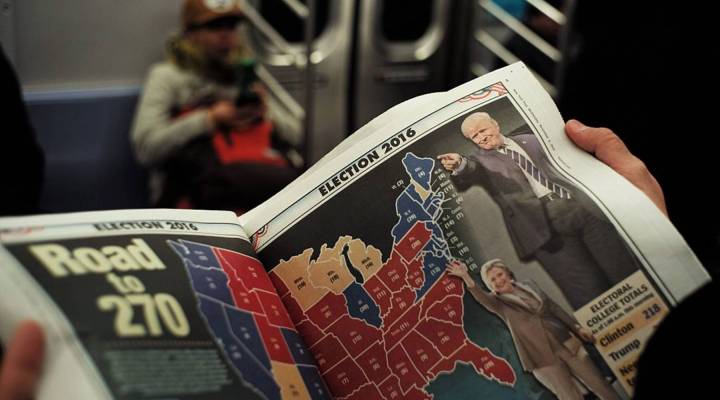 Donald Trump’s win last night highlighted voters’ concerns about the economy, but there has also been a lot of discussion on how a divided America showed up at the polls.

So what does exit polling data say about how voters from the two major parties feel about economic issues? Is there a divide? Yes, for the most part, according to The New York Times polling data. We take a look at the results to see what divide looks like.

Voters were divided on nearly every issue, but when it came to rating the importance of the economy, there was a pretty even split. Fifty-two percent of Democrats thought the economy was the biggest issue, compared to 42 percent of Republicans.

The two sides also vastly differed on how they think trade with other countries would affect U.S. jobs. The majority of Democrats said it creates opportunities, while the majority of Republicans said that trade would take them away.

That view among the GOP reflected Trump’s opinions on how we should interact with other nations. He has spoken out against trade, suggesting that he would raise tariffs and potentially renegotiate NAFTA.

Republicans also aligned with Trump on his views toward illegal immigrants working in the U.S. Eighty-four percent said they should be deported, compared to 14 percent of Democrats.