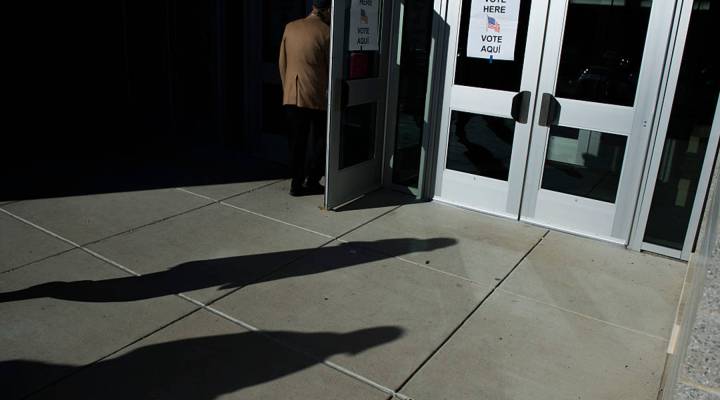 COPY
People enter a polling place at a high school in McLean, Virginia during the US presidential election on November 8, 2016. ANDREW CABALLERO-REYNOLDS/AFP/Getty Images

People enter a polling place at a high school in McLean, Virginia during the US presidential election on November 8, 2016. ANDREW CABALLERO-REYNOLDS/AFP/Getty Images
Listen Now

Throughout much of the 2016 Presidential campaign, an enormous portion of the coverage centered around the personalities of the two major candidates, their qualifications for the office, and attempts to disqualify their opponents. However, the results of the exit polls show that the one topic that election analysis usually centers upon – the economy – was the kind of driving force that we usually expect it to be.

The national exit poll asked voters to select the most important issue facing the country among the economy, terrorism, immigration and foreign policy. More people selected the economy than the other three issues combined. While obviously the candidates themselves matter, when it comes to the issues the economy is as important as ever.

How voters felt about the health of the economy

The exit poll also asked how people feel about the condition of the nation’s economy. A strong majority of voters find the economy to be either not good or poor. And among this group that feels the economy is poor, the vote went for Trump by more than two to one. In our Marketplace/Edison Research polling we have attempted to analyze the gap between what government statistics seem to argue about the state of the economy versus what people perceive. The two polls agree on this fact – a large majority of Americans feel the economy is not strong – and as the graph below shows quite plainly – this is the group that elected Donald Trump.

How the economy feels up close

We also asked about people’s personal economy as compared to four years ago. As can be seen, while slightly more people say that their situation is better than worse, those who said worse voted for Trump in even greater numbers than those who said better voted for Clinton. Especially in key states across “Big 10 Country” such as Pennsylvania, Michigan, Ohio and Wisconsin, this gap was decisive.

Voters divided on effects of trade

One of the hot-button issues of the entire election cycle has been trade. Among the voting public, slightly more people said that trade with other countries takes away U.S. jobs as compared to those who believe it creates American jobs (about 11 percent said it makes no difference). Again, we see this issue really cut the electorate. Those who agreed with Mr. Trump’s oft-stated position that America had made poor trade deals — deals that have taken jobs — voted strongly for Trump.

Which candidate did voters trust with the economy

Finally, we asked the voters of America who they feel will do a better job of handling the economy. While Clinton will, in the end, win the national vote by a small margin, she lost on this item by a small amount. Forty-nine percent of respondents said Trump will do a better job on this crucial factor in people’s voting behavior, as compared to 46 percent who said Clinton. When one thinks back to this election one thinks of emails, and insults, and scandals, and tax returns. In the end, in this very close election, indeed it could be argued that the economy was, as is so often the case, an essential reason that the winner prevailed.