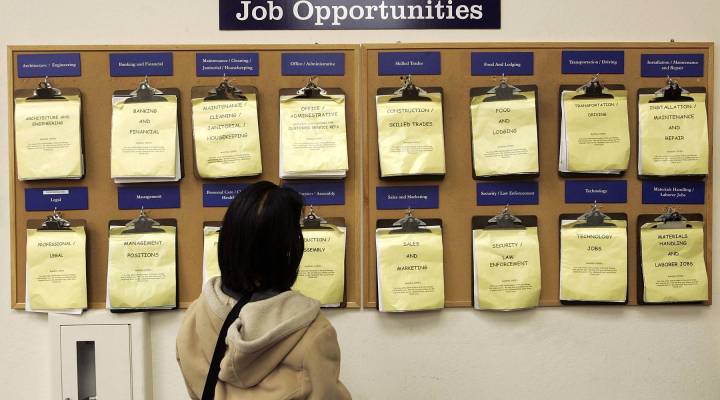 The number of people on U.S. payrolls grew by 161,000 last month, according to the Labor Department. That number fell a bit short of the 175,000 figure that some expects were predicting.

Meanwhile, the unemployment rate dipped from 5 percent to 4.9, average hourly wages jumped 10 cents, and the payroll figures for August and September were revised upward.  The jobs report — our last before the 2016 election — has elicited mixed reactions from economists.

“Remember, at 161,000 this is a five-month low and modestly below that near 175,000 rise [that was] expected,” she said. “And even with some upward revisions that we saw in September and August, this leaves the longer-term, six-month average modestly improved at 179,000 — still well below that 250,000 pace that we saw at the time of lift off in December of last year.”

Piegza added that while wages were the”bright spot” of the report — rising 0.4 percent — the gains in that sector still weren’t particularly strong.

But Chris Low — the chief economist at FTN Financial — argues that while a 161,000 jobs increase might indicate moderate growth, we should take into account Hurricane Matthew’s October arrival in the southern U.S.

“[The report] is strong, absolutely. Because on top of the rise in payrolls, the big revision to payrolls, there’s also a drop in the unemployment rate and a solid increase in average hourly earnings,” Low said.

Click the above audio player to hear our full interview with Lindsey Piegza.