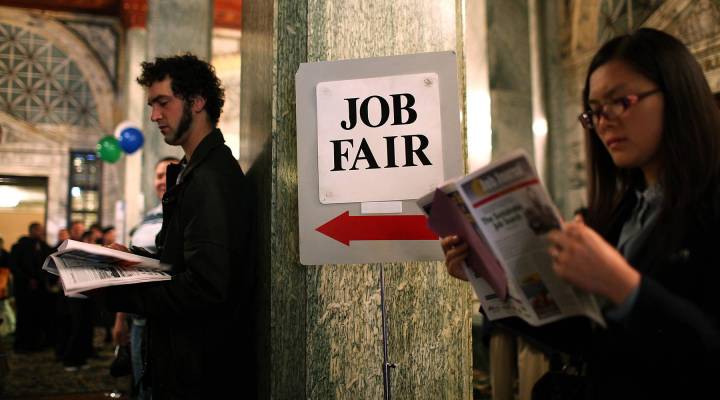 According to the Labor Department, 156,000 jobs were added to American payrolls in September. That’s in line with continued moderate growth for the labor market, but it’s less than the 170,000 figure many analysts were predicting.

The report also showed that the unemployment rate edged up from 4.9  to 5 percent. As for pay, average hourly wages went up 0.2 percent last month, and are up 2.6 percent from a year ago.

David Kelly, chief global strategist at JP Morgan Funds, joined us to share what the numbers reveal about the economy.

On our country’s economic health:

This is a pretty straight-down-the-middle-of-the road report. I think it’s a healthy economy. Yes, the unemployment rate did go up, but it’s because 440,000 people entered the labor force…that actually means more people are working. So that is good. And the other thing is that we did get a further increase in wages. If you look at the wages of production on nonsupervisory workers, they went up by another 5 cents, so they’re now up 2.7 percent year over year. So although the payroll number was a little lower than people thought…overall it’s a very healthy report and a pretty healthy economy.

On why we shouldn’t necessarily be worried about a jump in the unemployment rate:

I think any economist would be pretty happy with the increase in the labor force that we saw and the increase in wages and the steady increase in the number of people working in this country. So I think it would be pretty hard to argue from this number that the economy is weakening in any way. What you can say is that it’s not overheating. This economy is just ambling forward as it has done for almost eight years now, in this very long expansion.