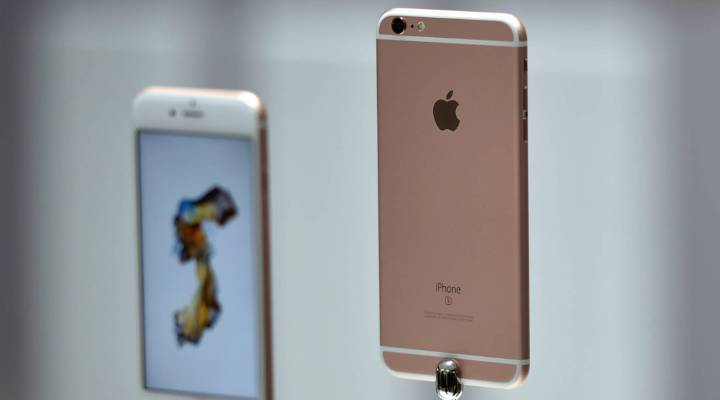 Apple is expected to unveil the latest iteration of its iPhone at a press event on Wednesday. Rumored improvements include a dual-lens camera, an altered headphone jack and a faster processor — not the types of hardware improvements that make the average consumer reach for his or her wallet.

Analysts said the release comes at a time when more consumers are already holding onto their older phones for longer.

“A lot of people have reached that sort of satisfaction, good enough level, so something needs to be dramatically different or better in order to attract their attention,” said Frank Gillett, a vice president and principal analyst for Forrester Research.

“Or they need to drop their phone, and then they have to buy one,” he added.

Gillett said the room for hardware innovation is getting smaller in the midst of a mature smartphone market.

“Phones have gotten about as thin as they can get until we can fold them up like pieces of paper, which I am extremely skeptical about on any soon time frame,” Gillett said.

He said plenty of room still exists for advances in software—- such as increasing the integration of computers in daily living — and that the necessary processing power could drive the continued need to upgrade phones every few years.

“When you look at the cool, sort of intelligent assistant kind of ideas like Siri, those actually need a lot of a very specific kind of computer power, and my guess is that only newer phones will be able to do some of those cool, automated intelligence features,” Gillett said.

The release of a seemingly lackluster version could also end up benefitting Apple in at least one way, according to Anindya Ghose, a professor of information technology at NYU’s Stern School of Business.

“It’s a very smart experiment by Apple to test the true extent of their loyal base,” Ghose said. “Sometimes, in the long scheme of things, these price experimentations are a great way for a company — even as brilliant as Apple — to be able to infer market appetite for future renditions of the same product.”