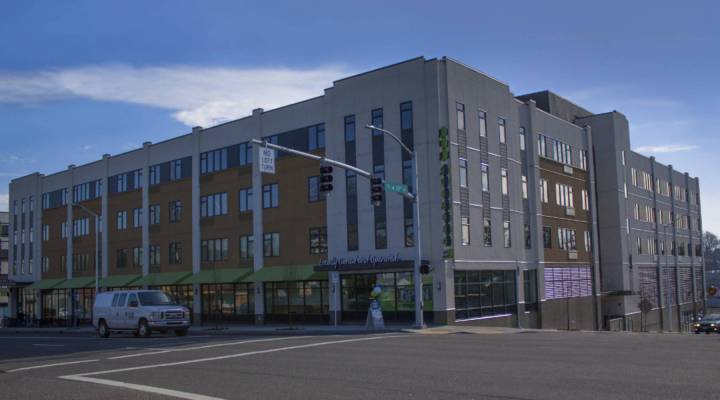 When Benjamin Lee comes home to his apartment, the lights turn on as he moves from room to room. He could also program his entertainment system to spring to life when he’s ready to settle in for the night.

“I don’t even notice it anymore. It’s making things that more simple for me,” Lee said.

When he’s away, he can turn control his thermostat from his smartphone, or be alerted of any suspicious activity at home. Lee’s apartment is one of 100 units in Portland’s Grant Park Village that is part of a pilot program in smart home automation from software company IOTAS.

IOTAS smart devices are controlled through one app. Residents can choose between different pre-sets, called Smart Stories, which enable devices to turn on at specific times.

The Internet of Things, or IOT, is a system of smart connected devices that “talk” to each other. This year, as many as 6.4 billion connected “things” are projected to be in use. And smart homes have been hyped as the next wave in IOT. Now, a startup in Portland, Oregon, called IOTAS,  is looking to tap into the renters’ market with pre-wired smart apartments called smart home automation.  These smart apartments are mainly targeted to single people in their 20s and 30s, who are more likely to embrace the technology.

Other companies, like Comcast Xfinity and ADT Pulse, also offer home automation security systems. But according to Gillett, IOTAS is trying to offer something broader.

“Really what it comes down to is comfort and convenience,” said IOTAS CEO Sce Pike. “The home is not something that should get in your way.”

IOTAS is trying to streamline the smart home by having smart lights, thermostats and outlets already set up when you move in, and controlled through an app. The technology then learns your habits and preferences the more you interact with it.

“These systems are really designed really well for a single user,” Alvarez said “They struggle when you have multiple people, multiple preferences.”

According to Forrester Research’s Gillett, the markets surrounding smart homes are still in the early stages of development.

“Is this going to make a big difference in whether people choose to rent the apartments? No,” he said. “Is it an appealing feature, and they might be able to extract a slightly higher rent? Yes.”

IOTAS’s pilot program in Portland is running until early next year. The company also has pilot apartments in San Francisco.