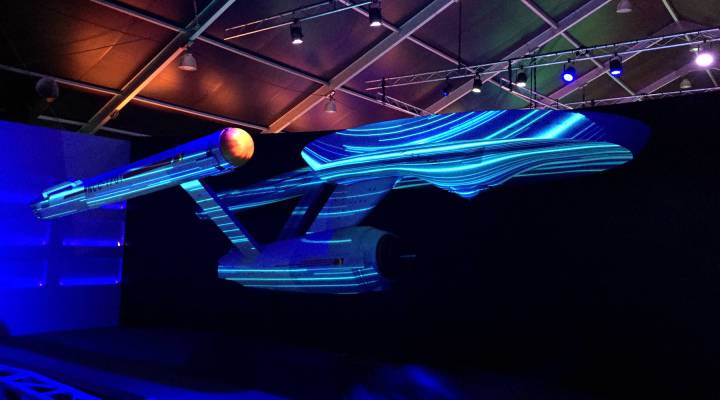 Fans of “Star Trek” can now be a part of the franchise’s universe themselves. The Intrepid Sea, Air & Space museum in New York City is celebrating “Star Trek’s” birthday with a large exhibit called “The Starfleet Academy Experience.”

As you walk in, a projected Starfleet officer greets you. You can then make your way to different interactive stations and look at costumes and props from the show.

Click the above audio to hear responses from attendees and take your own tour of the exhibit with our mini photo gallery below.

A view of some “Star Trek” props:

A recreation of the bridge from “Star Trek: The Next Generation”: