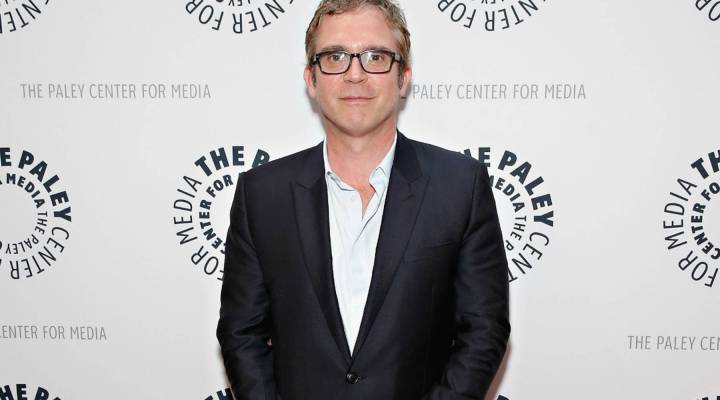 Brannon Braga has worn many hats during his time as part of the “Star Trek” franchise. He’s worked as a writer, producer and showrunner for several “Star Trek” movies and TV series, including “The Next Generation” and “Voyager.”

Braga said he misses his time behind the scenes, stating that “there’s no show like it.” He joined us to talk about his writing process and “Star Trek’s” longevity.

On dealing with jargon, as a writer:

Any new technology that was introduced generally was introduced … for a plot reason. If anything, I, as a writer, relied a little too heavily on technological fixes for certain plot lines. In the finale of “Next Generation’s” “All Good Things,” Picard is adrift in three different time periods and to consolidate the time periods … all three Enterprises have to shoot a beam into an anomaly. It was just a bunch of “technobabble” as we called it.

But all that “technobabble” didn’t really bother him.

I didn’t mind the technobabble. It had a certain poetry and rhythm to it that I kind of liked. I just like lines of dialogue like the “inertial dampers are offline.” “Core breach imminent.” You know, it’s just cool stuff.

On whether the series should end:

There’s absolutely no reason that “Star Trek” can’t keep going for as long as there’s some form of television. I mean, you meet people now — I was talking to a young student recently, and I mentioned that I worked on “Star Trek,” and they said, “Oh, the old one?” And they were referring to “Next Generation.” They didn’t even know there was an original series. Every “Star Trek,” everyone has their own — there are people who just love “Voyager.” ‘Cause that’s what they watched when they were young. And that’s their “Star Trek.”