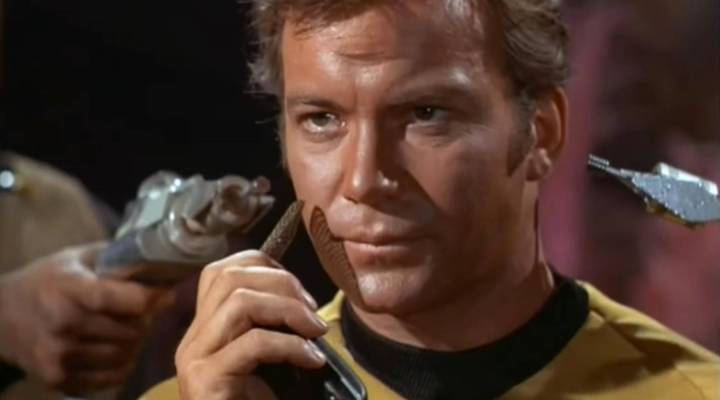 COPY
Captain Kirk tries to use his communicator. Youtube

Captain Kirk tries to use his communicator. Youtube
Listen Now

We asked our listeners to tell us how they identified with “Star Trek,” and share a film or episode that particularly resonated with them. Here are some of the responses:

I sort of have “Star Trek” to thank for starting my career at AOL. I sent a version of Captain Kirk’s speech and intro song as a thank you following an interview. It went something like, “The internet, the final frontier…”

I think the common perception is that “Star Trek” influence is mainly visible in STEM fields. But I was also influenced by “Star Trek.” You know, I’m here representing the United States as a U.S. diplomat, and I could not be more proud.

Click the above audio player to hear the listener’s responses.