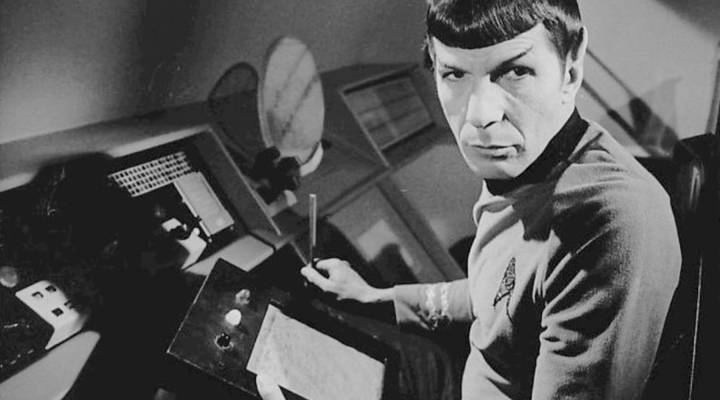 David Batchelor comes from a place where a lot of big “Star Trek” fans end up: NASA. Batchelor — an aerospace technologist at the Goddard Space Flight Center — wrote an extensive piece on the science of “Star Trek,” chronicling what’s realistic and what’s not.

His article, titled “The Science of Star Trek,” lists 18 different technologies from most scientifically plausible to least.

Click the above image to see the full infographic. (Credit: Best Computer Science Degrees, based on Batchelor’s “The Science of Star Trek”)

Batchelor said that the scientific accuracy on “Star Trek” could vary depending on the series.

“The different shows treated science to greater and lesser degrees of carefulness,” he noted. “‘The Next Generation’ show tried to be even more careful than the original ‘Star Trek’ was. And the ‘Voyager’ spent a lot of time on science details.”

There are examples in “Star Trek” that illustrate how prescient the show could be, like the concept of communicators. But the show couldn’t anticipate everything.

Batchelor said that what he does in real life reflects the spirit of the show.

“I and a lot of the acquaintances I have at NASA are definitely ‘Star Trek’ fans and inspired by what we saw in ‘Star Trek.’ The missions that I get to work on all are very ‘Star Trek-y,'” he said. “We’re about to launch something called OSIRIS-REx to visit an asteroid and get a sample and bring it back. I got to work a little bit on the radiation forecasting for that.”

In other words: He’s helping protect our electronic devices.

“The sun has a strong solar flare. A lot of high-energy particles come into the area of the earth, and they can strike our electronic devices and make them malfunction,” Batchelor said. “So we have to prepare by shielding the parts with metal, and so I sort of give a forecast: What kind of shielding do you need?”

As for the one technological item Batchelor would really like for himself?

“I’d like to have an android that would do what needs to be done,” he said. “I just went through a lot of yard work.”